Private companies operate over 140,000 oil and gas wells on federal and Indian lands. The Bureau of Land Management's (BLM) inspection program ensures that these operators are complying with laws and regulations that protect public safety and the environment. Inspectors also ensure that operators are making accurate royalty payments to the federal government.

We reviewed BLM's inspection program and found that the agency wasn't effectively allocating its workforce. BLM's 6 busiest field offices handled 58% of the inspection workload between FYs 2012-2016—but had only 44% of the inspection staff. We recommended that BLM address this issue. 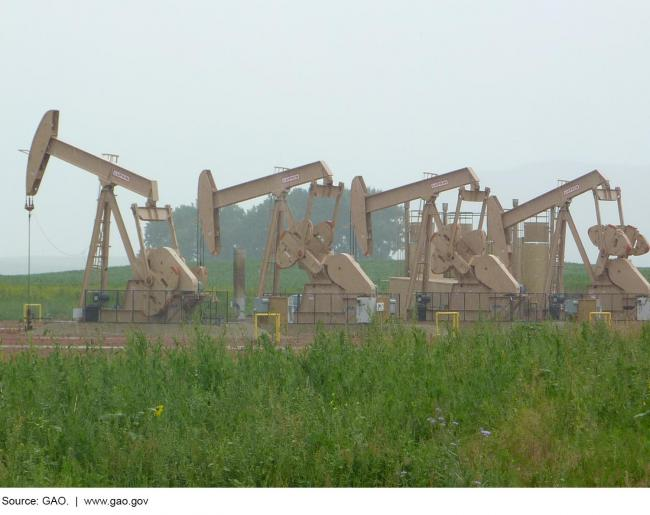 Based on GAO's analysis of Bureau of Land Management (BLM) data, the distribution of BLM's oil and gas Inspection and Enforcement program's workload and workforce showed an imbalance among BLM's 33 field offices in fiscal years 2012 through 2016. GAO analyzed BLM data on the overall percentage of the workload and workforce distributed at each field office (i.e., activity level) and grouped similar activity level field offices together into highest, medium and lowest activity categories. GAO found that the program distributed the majority of its workload to 6 highest activity offices and distributed the majority of the workforce to 21 medium activity offices (see fig.). Based on GAO's review of BLM documentation and interviews with agency officials, BLM took both short- and long-term actions in fiscal years 2012 through 2016 to address this imbalance, such as temporarily re-assigning inspectors from some medium activity offices to some of the highest activity offices.

Distribution of Workload and Workforce across the BLM Oil and Gas Inspection and Enforcement Program's 33 Field Offices, Fiscal Years 2012 through 2016

BLM has primary responsibility for managing oil and gas development on federal and Indian lands. To help ensure operator compliance with laws and regulations, BLM administers the Inspection and Enforcement program. Under the program, BLM inspects operators' drilling, production, and plugging activities and can issue various enforcement actions, such as monetary assessments, for violations. GAO was asked to examine key aspects of the Inspection and Enforcement program.

This report (1) describes the distribution of BLM's oil and gas Inspection and Enforcement program's workload and workforce among agency field offices for the most recent 5 years for which such data were available (fiscal years 2012 through 2016) and (2) examines the extent to which BLM conducted internal control reviews in accordance with its July 2012 oversight policy for fiscal years 2013 through 2018, the most recent period for which such data were available. GAO examined BLM policies, data, and documents; interviewed BLM headquarters, state and field office officials; visited six BLM field offices selected based on their level of resource development activity; and toured oil and gas drilling, production, and plugging sites at three of these six field offices.