In 2007, Mexico and the United States created the Mérida Initiative, a partnership to address crime and violence and enhance the rule of law in Mexico.

From fiscal year 2014 through 2018, the State Department and the U.S. Agency for International Development allocated about $723 million for the initiative.

USAID projects included efforts to engage with Mexican organizations and the public to address corruption, promote trust in government, and prevent crime and violence. 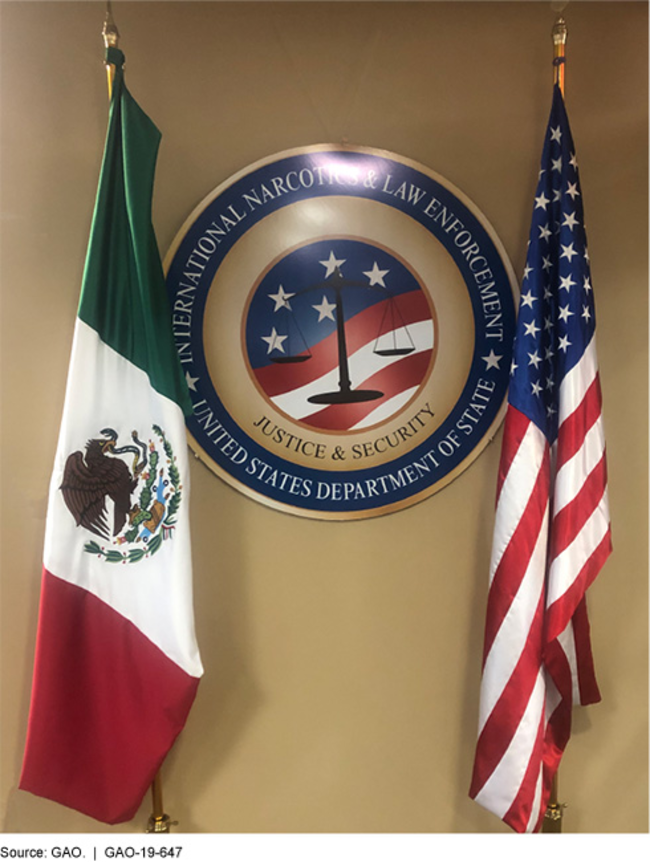 From fiscal year 2014 through 2018, the Department of State's (State) Bureau of International Narcotics and Law Enforcement Affairs (State/INL) and the U.S. Agency for International Development (USAID) allocated about $723 million for the Mérida Initiative, which aims to mitigate the impact of the drug trade on the United States and reduce violence in Mexico. State/INL and USAID allocated this funding under the following government-wide foreign assistance funding categories: Civil Society, Counternarcotics, Good Governance, Rule of Law and Human Rights, and Transnational Crime. U.S. agencies use these categories to broadly define foreign assistance programs for planning, budgeting, and reporting across agencies, countries, and regions. Over 80 percent of the funding went toward Rule of Law and Human Rights, and Counternarcotics efforts. Of the $723 million, State/INL allocated about $542 million and USAID allocated about $182 million.

State/INL and USAID Funding Allocated for the Mérida Initiative, Fiscal Year 2014 through 2018, by Funding Category

There were 445 State/INL and USAID Mérida Initiative projects active from fiscal year 2014 through 2018. State/INL funded 388 of the projects and USAID funded 57, which tended to be larger with higher funding amounts than State/INL projects. State/INL projects generally focused on providing training and assistance to Mexican officials from the justice sector, border security, military, and law enforcement, as well as equipment, including for forensic drug laboratories, drug detection, and border surveillance. Many USAID projects were intended to engage with Mexican civil society organizations and the public to address corruption, promote trust in government, or prevent crime and violence, such as through skill-building for youth, efforts to advance human rights, or technical support for judicial system development. State/INL and USAID implemented their projects mainly through contracts, grants, and interagency agreements, as well as through agreements with international organizations, such as the United Nations Office on Drugs and Crime and the Organization of American States.

For more than a decade, the activities of transnational criminal organizations have led to increased crime, violence, and lawlessness in parts of Mexico. In October 2007, Mexico and the United States created the Mérida Initiative, a bilateral partnership to address crime and violence and enhance the rule of law in Mexico.

State/INL and USAID are the lead U.S. agencies for developing programming for the Mérida Initiative. Both State/INL and USAID also manage and fund the Mérida Initiative with the support of a wide range of project implementers, including the Departments of Defense (DOD), Homeland Security (DHS), and Justice (DOJ); contractors; nongovernmental organizations; and international organizations.