Oil and natural gas wells on federal land bring in billions in federal revenue. However, if their operators don’t properly manage these wells, the government may end up paying to clean them up when they stop producing. And the bonds operators provide as insurance are often not enough to cover the costs of this cleanup.

We found that the Bureau of Land Management identified 89 new wells between July 2017 and April 2019 that it would be responsible for cleaning up because operators’ bonds were too small to cover cleanup costs. We recommended that the Bureau adjust bond amounts to better reflect the costs of cleanup. 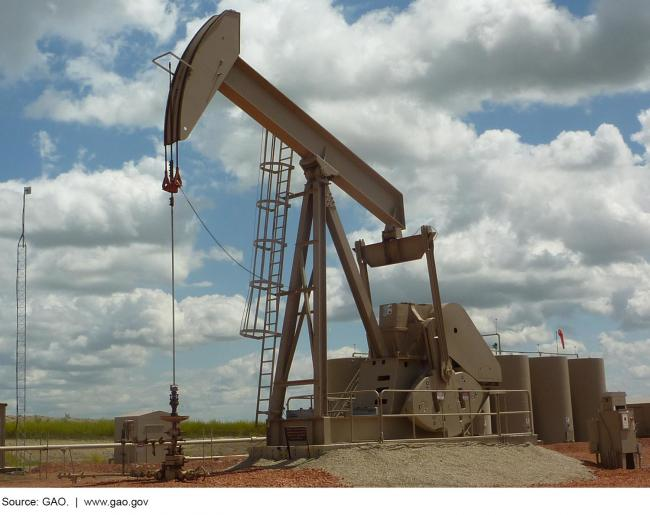 Bonds held by BLM have not provided sufficient financial assurance to prevent orphaned oil and gas wells (wells that are not reclaimed by their operators and, among other things, whose bonds were not sufficient to cover remaining reclamation costs, leaving BLM to pay for reclamation). Specifically, BLM identified 89 new orphaned wells between July 2017 and April 2019, and BLM offices identified to GAO about $46 million in estimated potential reclamation costs associated with orphaned wells and with inactive wells that officials deemed to be at risk of becoming orphaned in 2018. In part, bonds have not prevented orphaned wells because bond values may not be high enough to cover the potential reclamation costs for all wells under a bond, as may be needed if they become orphaned. GAO's analysis indicates that most bonds (84 percent) that are linked to wells in BLM data are likely too low to reclaim all the wells they cover. Bonds generally do not reflect reclamation costs because most bonds are set at their regulatory minimum values, and these minimums have not been adjusted since the 1950s and 1960s to account for inflation (see figure). Additionally, these minimums do not account for variables such as number of wells they cover or other characteristics that affect reclamation costs, such as well depth. Without taking steps to adjust bond levels to more closely reflect expected reclamation costs, BLM faces ongoing risks that not all wells will be completely and timely reclaimed, as required by law. It falls to BLM to reclaim orphaned wells, but the bureau does not assess user fees to cover reclamation costs, in part because it believes it does not have authority to do so. Providing such authority and developing a mechanism to obtain funds from operators for such costs could help ensure that BLM can completely and timely reclaim wells.

GAO was asked to review the status of oil and gas bonding for federal lands. This report (1) describes the value of bonds for oil and gas wells in 2018 compared to 2008, and (2) examines the extent to which BLM's bonds ensure complete and timely reclamation and thus prevent orphaned wells. GAO analyzed agency data on bonds and wells and interviewed BLM officials.

Congress should consider giving BLM the authority to obtain funds from operators to reclaim orphaned wells, and requiring BLM to implement a mechanism to do so. GAO also recommends that BLM take steps to adjust bond levels to more closely reflect expected reclamation costs. BLM concurred. BLM did not concur with a proposed recommendation to develop a mechanism to obtain funds, citing lack of authority. GAO changed it to a matter for Congressional consideration.