Medicaid spending is projected to hit $1 trillion by 2026. Studies have found a small percentage of beneficiaries account for a large amount of its spending. Many high-cost beneficiaries have poorly managed chronic conditions that can result in costly services—such as emergency room visits—that are preventable.

We asked officials in 7 states what they do to manage health care costs and improve care for high-cost Medicaid beneficiaries. All of the states said they coordinate care across a patient's providers to better manage physical and mental conditions. Some states also tried to address beneficiaries’ basic needs, such as food and housing. 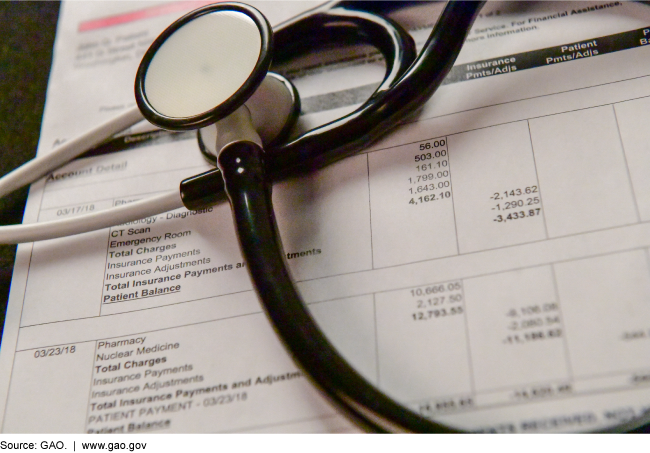 A stethoscope on top of medical bills

To manage costs and ensure quality of care for high-expenditure beneficiaries, the seven selected states used care management and other strategies.

Care management. All the selected states provided care management—providing various types of assistance such as coordinating care across different providers to manage physical and mental health conditions more effectively—for beneficiaries in their fee-for-service delivery systems. Five of the states also contracted with managed care organizations (MCO) to deliver services for a fixed payment and required the MCOs to ensure the provision of care management services to high-expenditure beneficiaries.

Other strategies. Some of the seven selected states used additional strategies to manage care for high-expenditure beneficiaries. For example, Indiana officials described a program to restrict, or “lock in,” a beneficiary who has demonstrated a pattern of high utilization to a single primary care provider, hospital, and pharmacy, if other efforts to change the beneficiary's high utilization were unsuccessful.

Medicaid, a joint federal-state health care financing program, is one of the nation's largest sources of health care coverage for low-income and medically needy individuals. A 2016 report published by the National Governors Association noted that high-expenditure Medicaid beneficiaries typically have poorly managed chronic conditions and a host of unmet social needs that result in potentially preventable use of costly services, such as emergency department visits. The report also noted that identifying and better managing those beneficiaries are key to reducing costs and improving outcomes.

GAO interviewed officials from CMS, as well as Medicaid officials from a nongeneralizable sample of seven states (Indiana, Nevada, Pennsylvania, South Carolina, South Dakota, Vermont, and Washington) and five MCOs. States were selected for variation in their total Medicaid enrollment, enrollment in Medicaid managed care, percentage of state population living in rural settings, and percentage of state population with disabilities. MCOs were selected based on state suggestions, and varied in terms of whether they operated nationally or on a state or regional basis.