We found no comprehensive information on the effects or extent of this practice. However, most of the 22 studies we reviewed reported positive effects and 1 found the practice increasing.

We also found that Medicare and some states have rules that help facilitate synchronization. 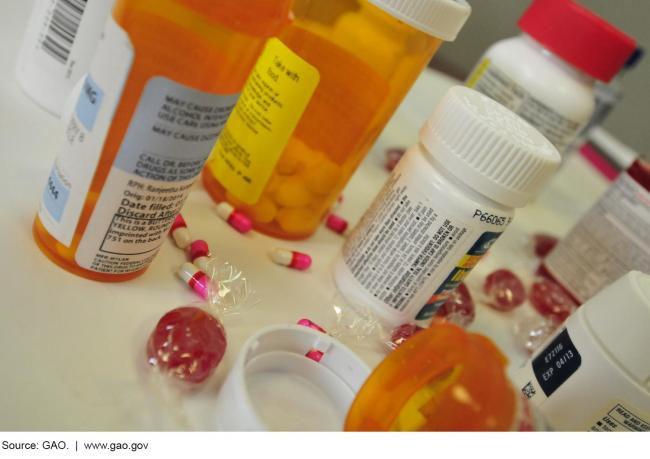 The Centers for Medicare & Medicaid Services (CMS) issued a regulation and some states enacted laws that may help support the use of medication synchronization. While CMS does not have a formal medication synchronization policy for Medicare, a CMS regulation allows for reduced beneficiary cost sharing (for example, a lower copayment) when the beneficiary receives less than a month's supply of a medication. Similar laws pertain to private health plans that provide prescription drug coverage for patients in the five states GAO selected—Georgia, Illinois, Maine, Texas, and Washington. Such measures support medication synchronization because initially aligning the refill dates of multiple medications may require one or more of these medications to be refilled with a quantity that is less than a month's supply. Officials from CMS and four of the selected pharmacies said that lowering the copayments for these refills reduces the financial burden on patients when they first have their medications synchronized. They noted that requiring full copayments for a shorter supply may have discouraged or prevented patients from using medication synchronization.

GAO provided a draft of this report to the Department of Health and Human Services, which provided technical comments. GAO incorporated these comments, as appropriate.