The Army Corps of Engineers builds water-related environmental infrastructure—such as wastewater treatment plants—for cities, counties, and regions. These infrastructure projects are known as "Section 219" projects after their authorizing law.

While the Corps uses written criteria to prioritize funding for other projects, it doesn't do so for these. The Corps also doesn't consider congressional guidance, by, for example, prioritizing projects with greater economic impact.

We recommended the Corps develop written criteria to rank these projects for funding. 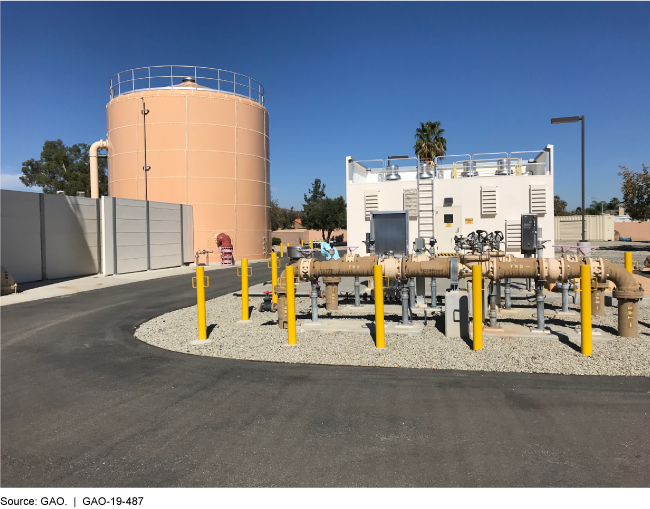 From fiscal years 2013 through 2017, the most recent available data, the U.S. Army Corps of Engineers (Corps) spent approximately $81 million on 29 Section 219 projects to develop drinking water, wastewater, and stormwater infrastructure. For example, through the St. Croix Falls, Wisconsin Section 219 project, the Corps assisted with improvements to a wastewater treatment plant. Of the 29 projects, the Corps spent over half of the funding during this period on four projects: (1) Calumet Region, Indiana; (2) Desoto County, Mississippi; (3) Jackson County, Mississippi; and (4) Lakes Marion and Moultrie, South Carolina. 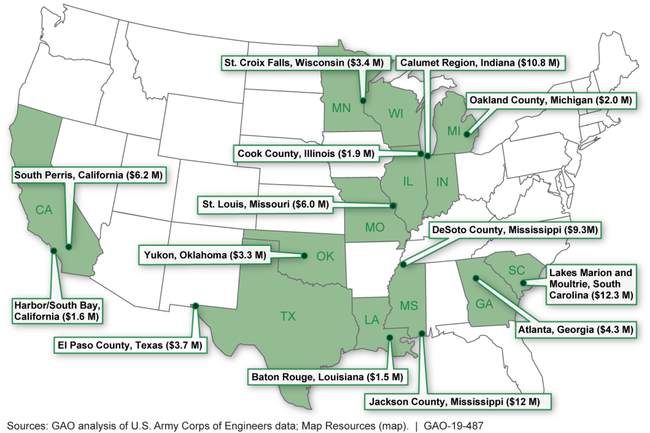 The Corps generally follows its standard budget prioritization process—which involves districts, divisions, and headquarters ranking each project and headquarters making final funding decisions—to prioritize Section 219 funding. However, the Corps has not developed criteria to guide this process. GAO found the Corps varies in the factors it uses to rank Section 219 projects. For example, one district considers whether a project can be completed within the fiscal year, while another considers the level of congressional support and dollar value of the project. Headquarters officials said the agency views Section 219 projects as outside its core mission areas and therefore has not developed written criteria. Congressional direction has indicated that the Corps is to consider characteristics—such as projects with the greater economic impact—in prioritizing Section 219 project funding. While aware of this direction, Corps officials said they do not consider it when ranking projects. Federal standards for internal control states that agencies should use quality information to achieve their objectives. By establishing written criteria, the Corps would have greater assurance that its Section 219 project selections align with a clear set of priorities, such as those identified by recent congressional direction.

Under Section 219 of the 1992 Water Resources Development Act, as amended, Congress authorized the Corps to provide assistance for the design and construction of environmental infrastructure projects, known as Section 219 projects. Such projects include the development of water transmission lines. Congress typically provides a lump sum appropriation for the Corps' construction account, out of which Section 219 and other environmental infrastructure projects are funded.

GAO recommends that the Corps develop written criteria for ranking Section 219 projects for funding, taking into account a clear set of priorities, such as those identified by recent congressional direction. The agency concurred with the recommendation.