EPA advisory committees play an important role by advising EPA on air quality standards, pesticide use, and other topics.

EPA's process for selecting committee members calls for EPA staff to document their assessments of the best qualified and most appropriate candidates before recommending them. EPA generally followed its process for most committees we reviewed, but did not follow this key step for 2 committees that advise on environmental regulations. Also, EPA did not ensure that all appointees met ethics requirements.

We recommended that EPA follow a key step in its appointment process and evaluate its financial disclosure review process. 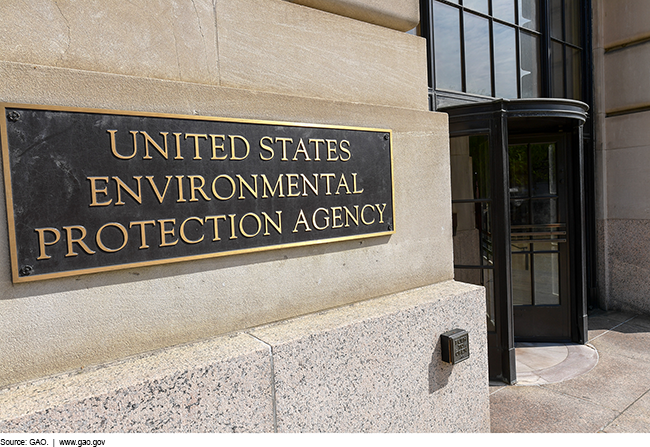 EPA generally followed its established process for most of its 22 advisory committees; however, in fiscal year 2018, EPA did not follow a key step for appointing 20 committee members to two committees GAO reviewed: the EPA Science Advisory Board and Clean Air Scientific Advisory Committee, which advise the agency on environmental regulatory matters, among other things. The 2018 appointment packets for these two committees did not contain documents reflecting EPA staff rationales for proposed membership, as called for by EPA's established process. EPA developed guidance to implement the Federal Advisory Committee Act (FACA). By directing officials responsible for appointing committee members to follow a key step in its process to document staff rationales for proposed membership, the agency would have better assurance that it will (1) consistently meet FACA's purpose of encouraging uniform appointment procedures and (2) show how it made appointment decisions to achieve the best qualified and most appropriate candidates for balanced committee membership. EPA also did not consistently ensure that members appointed as special government employees (SGE)—who are expected to provide their best judgment free from conflicts of interest and are required by federal regulations to disclose their financial interests—met federal ethics requirements. For about 23 percent, or 17 of the 74 financial disclosure forms GAO reviewed, an ethics official had not signed and dated that the SGE filing the form was in compliance with federal ethics rules. EPA also did not periodically review its ethics program, as called for by federal regulations, such as through audits or spot-checks, to evaluate the quality of financial disclosure reviews for SGEs. Until EPA's Ethics Office evaluates the quality of financial disclosure reviews of SGEs as part of its periodic review of its ethics program, it will not have reasonable assurance that it will address noncompliance with federal ethics requirements and prevent conflicts of interest on its advisory committees.

Federal advisory committees provide advice to federal agencies on many topics. As of March 31, 2018, EPA managed 22 such committees. They advise the agency on such issues as developing regulations and managing research programs. Questions have been raised about EPA's process for appointing committee members after recent policy changes affecting who serves on the advisory committees.

GAO was asked to review issues related to how EPA appoints advisory committee members. This report examines: (1) EPA's process for appointing advisory committee members, (2) the extent to which EPA followed its process for selecting members from October 2016 through March 2018, and (3) how, if at all, selected characteristics of EPA advisory committees changed after January 2017. GAO reviewed relevant federal laws, regulations, and guidance; reviewed documents from committees that appointed members over this period; analyzed information from the GSA's FACA database; and interviewed agency officials.

GAO is recommending that EPA direct (1) officials responsible for appointing committee members to follow a key step in its appointment process to document staff rationales for proposed membership and (2) EPA's Ethics Office to evaluate the quality of financial disclosure reviews of SGEs appointed to advisory committees. EPA disagreed with the first and agreed with the second recommendation. GAO continues to believe that both are valid, as discussed in the report.