The Department of State's Foreign Service staff at posts around the world provide a range of services, such as processing visa applications and promoting U.S. interests abroad.

Since 2008, State has had trouble filling some positions at these posts, notably in information management and security, but State doesn't have a plan to address this issue. Chronic vacancies increase Foreign Service staff workloads, raise stress, and lower morale. Without identifying and addressing persistent vacancies, the work and security of overseas personnel suffer.

We recommended that State develop a plan to define the causes of and reduce persistent vacancies. 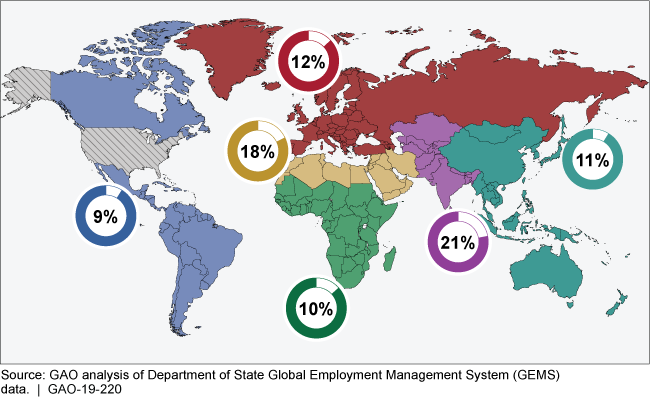 Number of Vacant and Staffed Overseas Foreign Service Positions as of September 2008, October 2011, and March 2018