Social Security and other federal retirement programs generally use one of the four consumer price indexes maintained by the Bureau of Labor Statistics.

We looked at what switching indexes would mean for people's benefits and federal spending. For example, people who retire earlier or have lower incomes would feel the largest effects of any change. 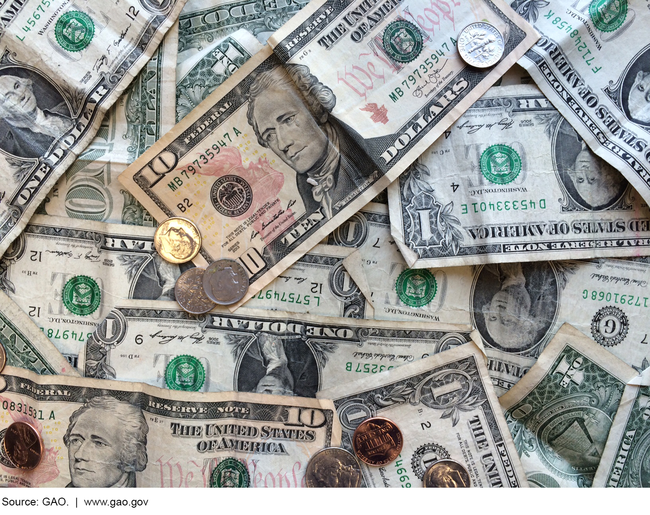 Use of an alternate consumer price index (CPI) for calculating cost-of-living adjustments (COLA) would create tradeoffs regarding individual benefits and the costs for federal retirement programs, such as Social Security. Using historical and assumed future inflation, GAO analyzed the effect on retirement benefits and program costs that could result from switching to an alternate CPI from the index currently used to set COLAs, the CPI for Urban Wage Earners and Clerical Workers (CPI-W), and found that although the annual differences between the CPIs are relatively small, the differences accumulate over time. For example, estimates show that switching to the Chained CPI-U, which more fully incorporates consumers’ ability to buy different products in response to changing prices, would result in small annual reductions in estimated COLA and program costs. Similar estimates show that switching to the CPI for the Elderly (CPI-E), which reflects spending patterns of the elderly, would result in small annual increases in estimated COLA and program costs. However, over time, these small increases accumulate. Specifically, if COLAs had been based on the Chained CPI-U or CPI-E over the 2003–2033 period, estimates based on historical and assumed future inflation show that relative to using the CPI-W, the first year’s adjusted monthly benefit in 2004 would change by a few dollars or less, but that after 30 years, the monthly difference would be $100 or more for a hypothetical beneficiary who earned the average national wage.

The change in benefits resulting from using an alternate index would have the largest relative effect on beneficiaries who receive benefits the longest and those with lower incomes. This is partly because changes to the COLA accumulate over time and because lower-income beneficiaries rely more on federal retirement programs, such as Social Security. GAO estimates based on hypothetical COLAs and survey data show that the total retirement income of a household in the lowest income quintile would decrease by about 6 percent over 30 years if Social Security used the Chained CPI-U. For the same lower-income household, GAO estimates show that retirement income would increase by about 4 percent over 30 years if the CPI-E were used. For a household in the highest income quintile, estimates show that total retirement income would change by 1 percent over this same period using either alternate scenario.

In addition, implementation issues could complicate use of an alternate CPI. For example, the Chained CPI-U is based on preliminary data that are subject to change up to 1 year after they are initially calculated, and the revisions can be significant either upward or downward. As a result, agencies may need to consider how or whether to address this issue. Also, the Bureau of Labor Statistics (BLS), which began producing the CPI-E in 1988, considers the CPI-E an experimental index. According to BLS officials, the potential cost of improving the methodology to produce the CPI-E as an official index could be significant. BLS’s 2017 estimates indicate that making the CPI-E official could cost up to $110 million per year.

The BLS generates various CPIs that are often used to calculate COLAs for benefits provided by federal programs, including retirement programs such as military pensions, federal employee pensions, and Social Security, one of the largest programs for older Americans. After initial benefits have been set, these federal retirement programs adjust benefits using the CPI-W in order to keep pace with inflation. However, some economists have argued that the CPI-W may overestimate the cost of living because individuals can partially offset the effect of inflation by purchasing different goods and services. Other economists have argued that the CPI-W may underestimate the cost of living for retirees by misrepresenting the quantity of goods and services that older Americans consume, such as medical care and shelter.

GAO was asked to describe the effects of various price indexes on older Americans' retirement security. This report provides information on the benefits and disadvantages of alternate price indexes for measuring the cost of living for older Americans. GAO reviewed federal publications, which GAO identified by interviewing agency officials and searching agency websites. GAO also analyzed historical CPI data and information from the Social Security Administration (SSA) to calculate hypothetical COLAs that could have been used if the Social Security COLA used an alternate CPI over the 2003–2033 period. Future CPI assumptions are from SSA and consistent with the intermediate long-range assumptions in the 2018 Trustees Report. GAO also analyzed 2016 data from the Survey of Consumer Finances to understand the share of retirement income that is from Social Security benefits.