Nearly half of medical students specializing in pediatrics in the United States received some training at the 58 hospitals with funding from the Children's Hospitals Graduate Medical Education Payment Program. A 2014 change to the program expanded the number of hospitals eligible to participate.

We looked at the four hospitals that became eligible and found that they individually received about $320,000 to $1.6 million in 2016 from the program. The hospitals use the program to address gaps in medical care, including by training residents in medical specialties with physician shortages, such as child and adolescent psychiatry. 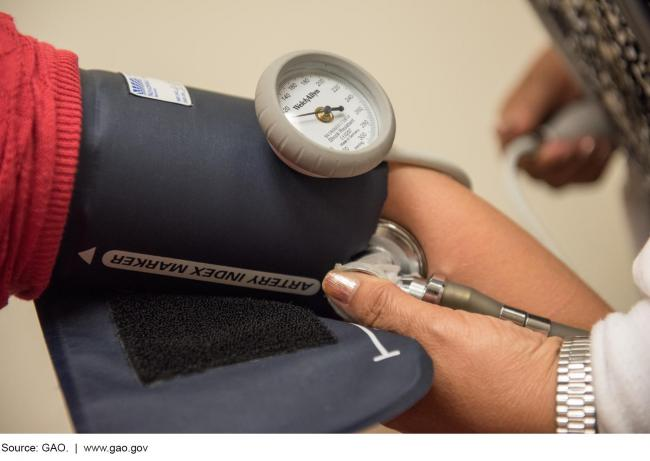 Federal support of graduate medical education (GME) training in children's hospitals is provided under the Children's Hospitals Graduate Medical Education (CHGME) Payment Program. In 2014, a program reauthorization expanded eligibility for the CHGME program to two additional types of hospitals, after which four hospitals became newly qualified. Similar to the Medicare GME program, CHGME program payments are capped. The cap--which is required for program eligibility--is based on the number of full-time-equivalent (FTE) residents in GME training during the most recent cost reporting period that ended on or before December 31, 1996.

Prior to 2014, certain children's hospitals that were not freestanding as of that date did not have an FTE cap and therefore could not participate in the program. Since 2014, the Department of Health and Human Services has been authorized to establish a CHGME FTE cap for such hospitals, and three of the four hospitals became newly qualified for the program on that basis. The fourth hospital qualified for the program as a psychiatric children's hospital, which also became newly eligible in 2014. Total CHGME program payments varied across the four hospitals each year and ranged from approximately $320,000 to approximately $1.6 million in fiscal year 2016. That same year, the average total payment to the newly qualified hospitals was approximately $970,000, while the average total payment to the originally eligible hospitals was approximately $5,000,000.

The four newly qualified hospitals used the CHGME program funds to provide training in specialties with physician shortages or in geographic areas that have a shortage of primary care health services. Officials from all four newly qualified hospitals stated that CHGME program funds are the main source of financial support for their GME training programs, and officials from three of the four hospitals stated that the majority of these funds are used to directly support residents. The three hospitals that participated in the CHGME program in both academic years 2014-2015 and 2015-2016 increased the number of residents in their CHGME-supported training programs during that period. In addition to providing training in pediatrics--which was provided by all four hospitals--one hospital provided training in psychiatry and child and adolescent psychiatry. The other three hospitals trained residents in areas that have a shortage of primary care health services. According to officials from some newly qualified hospitals, many of their graduates continue to practice in the community and have increased the number of providers available to the community.

The majority of federal payments to support GME training are provided to hospitals by the Medicare program. These payments are based, in part, on the number of Medicare patients treated by a hospital. Because Medicare primarily covers individuals aged 65 and older, children's hospitals generally treat very few Medicare patients and consequently receive few GME payments from Medicare. Instead, many children's hospitals receive payments to support GME training through the CHGME program, which is administered by the Health Resources and Services Administration (HRSA) within the Department of Health and Human Services. Prior to 2014, eligibility for the CHGME program was generally restricted to children's hospitals that were freestanding as of December 31, 1996. Starting in 2014, CHGME program eligibility was expanded to additional types of freestanding hospitals--referred to as newly qualified hospitals.

The Protecting Access to Medicare Act of 2014 includes a provision for GAO to examine payments to and characteristics of hospitals that participated in the CHGME program under the expanded eligibility criteria. In this report, GAO describes (1) the number and type of newly qualified hospitals that applied for and received payments through the CHGME program from fiscal year 2015 through 2017, and the amount of payments these hospitals received; and (2) how the newly qualified hospitals used the payments, including any potential effect of the payments on the number and characteristics of pediatric providers trained to address the health care needs of children.

To address these objectives, GAO analyzed data in HRSA's online Data Warehouse and data that hospitals are required to submit annually to HRSA related to their participation in the CHGME program. GAO also interviewed officials from HRSA, the Children's Hospital Association, and all of the newly qualified hospitals. The Department of Health and Human Services reviewed a draft of this report and provided technical comments, which were incorporated.