We found that the agencies' training programs are intended to professionalize police and highlight the importance of police respect for human rights. However, State and USAID have few controls in place to ensure that the delivered training includes human rights information.

We made recommendations to address this and other issues we found in our review of Central American police training. 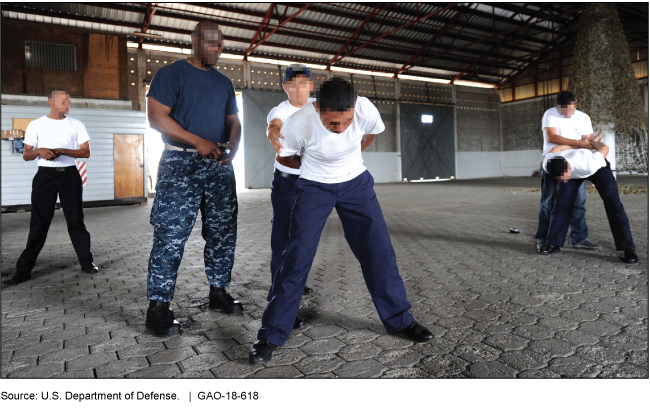 Agencies have established objectives and delivered training to professionalize police in Central America's Northern Triangle but have not consistently done so to promote police respect for human rights. U.S. strategies include objectives to professionalize police, and the Departments of State (State) and Defense (DOD) and U.S. Agency for International Development (USAID) have delivered related training (see figure). These strategies also highlight the importance of police respect for human rights, but agencies have few objectives or other control mechanisms to ensure police receive related training. For instance, none of the 14 State projects and 2 of the 8 USAID projects that GAO reviewed had such objectives. Officials said this is because objectives were designed to be broader in focus. DOD also does not have objectives but has other control mechanisms to ensure its training includes human rights content. Federal standards for internal control call for managers to establish control mechanisms consistent with priorities. Without them, it may be difficult for State and USAID to ensure that training supports agencies' goals to promote police respect for human rights. 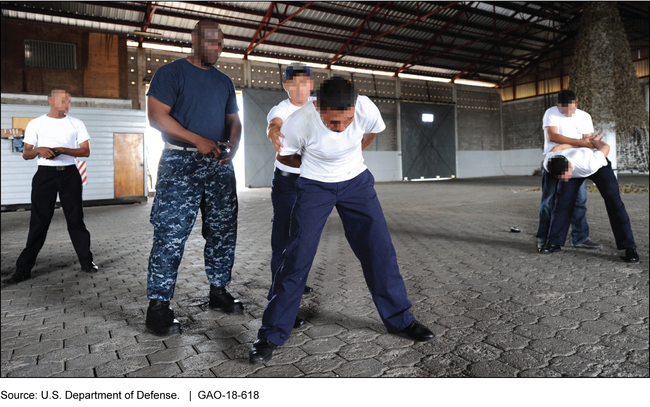 DOD, State, and USAID collect information on police training, but State lacks readily available, reliable data on the number of police trained—a key indicator in the U.S. Strategy for Central America. State's data are not readily available because, according to officials, the process to track training is decentralized and data are not consolidated. Further, GAO found State's fiscal year 2017 police training data to be unreliable because, among other reasons, the data did not include training delivered by some implementers. Officials noted that State did not have sufficient internal control mechanisms and staff in place to collect data as it expanded police training in the Northern Triangle. Without such data, State cannot accurately assess its efforts in Central America.

Senate Report 115-125 includes a provision for GAO to report on various aspects of U.S. police training efforts in the Northern Triangle. In this report, GAO examines, among other objectives, the extent to which U.S. agencies have (1) established objectives for and delivered training to professionalize police, including promoting respect for human rights, and (2) collected data related to police training indicators. GAO analyzed agency data and project documents, including for 22 State and USAID-funded projects implemented during fiscal years 2014 through 2017 that agencies identified as including assistance for police. GAO also conducted fieldwork in El Salvador and interviewed agency officials in Honduras; Guatemala; and Washington, D.C., who oversee and conduct police training.