Federal agencies are working to address these shortages, including a new grant to expand access to recovery services for adolescents and young adults. 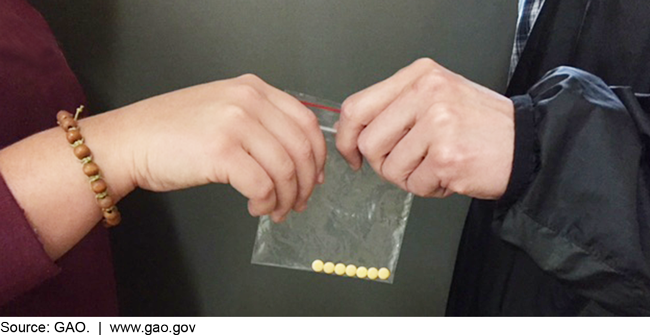 GAO identified 12 federal grant programs within three federal agencies that funded substance use prevention, treatment, and recovery services in fiscal year 2017 and targeted adolescents' and young adults' use of illicit substances such as marijuana and nonmedical use of prescription opioids. The three agencies included the Department of Health and Human Services (HHS), the Office of National Drug Control Policy (ONDCP), and the Department of Justice (DOJ). While the Department of Education (Education) has grant programs that can fund prevention services for adolescents, they do not specifically target such services.

In addition, other grant programs beyond these 12 also fund substance use prevention, treatment, and recovery services across age groups, but are not specifically targeted to adolescents and young adults.

HHS's National Institute on Drug Abuse (NIDA)—the agency that is the primary funder of research on illicit substance use—also had 186 active grant-funded research projects focused on substance use prevention, treatment, and recovery among adolescents and young adults as of October and November 2017.

Most of the 20 stakeholders GAO interviewed identified gaps in services for adolescents and young adults, including insufficient access to recovery services and a shortage of treatment providers, and described financial and other reasons that likely contribute to these gaps. Federal agency officials GAO interviewed agreed that these gaps exist, and described grant programs and other efforts to help address them, such as a grant program that HHS established in 2018 to expand recovery services for these age groups. Stakeholders also identified gaps in research, such as too few treatment studies with adolescent participants, and described reasons for these gaps, including too few federal grants focused on adolescent research. NIDA officials agreed that these gaps exist, and stated that NIDA had eight grant opportunities (as of May 2018) that focused on these age groups or included them as a population of interest, three of which were new in 2018.

According to the Surgeon General, adolescence and young adulthood are critical at-risk periods for illicit substance use, and such use can harm the developing brain. Congress included a provision in law for GAO to review how federal agencies, through grants, are addressing substance use prevention, treatment, and recovery among adolescents and young adults.

GAO selected four agencies to review—HHS, ONDCP, DOJ, and Education—the key agencies that fund grant programs for services for adolescents and young adults. GAO analyzed documents on grant programs and on research funded by NIDA. GAO interviewed officials from the four agencies and 20 stakeholder groups (including advocacy and education, and research organizations, as well as a non-generalizable selection of state substance abuse, education, and judicial agencies in four states) about gaps in services or research and agency efforts to help address them. States were selected for variation in geography and overdose rates.

HHS, DOJ, and ONDCP provided technical comments on a draft of this report, which GAO incorporated as appropriate.