DSS is piloting a new approach that requires collaboration with stakeholders such as other federal agencies and contractors. However, we found that it has not established how it will do this.

We recommended that DSS work with stakeholders to determine roles and responsibilities as it pilots its new approach. 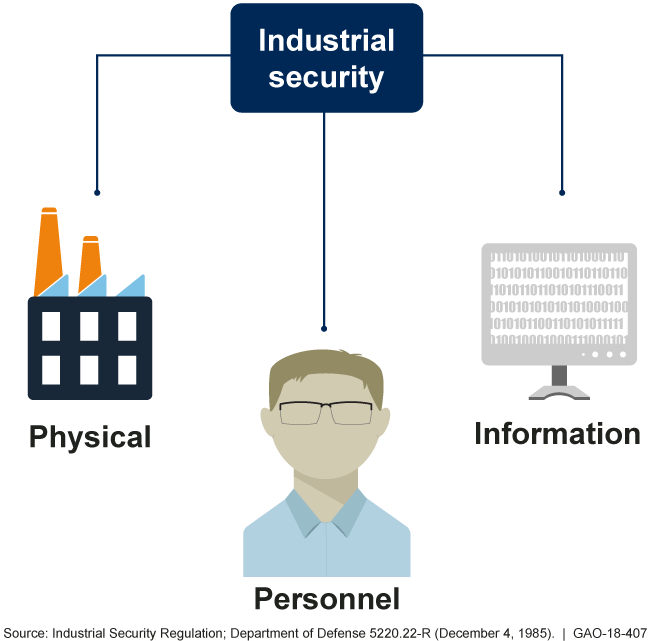 The Defense Security Service (DSS) has upgraded its capabilities but also faces challenges in administering the National Industrial Security Program, which applies to all executive branch departments and agencies, and was established to safeguard federal government classified information that current or prospective contractors may access. Since we last reported on this program in 2005, DSS has:

However, under its current approach, DSS officials indicated that they face resource constraints, such as an inability to manage workloads and complete training necessary to stay informed on current threats and technologies. In its most recent report to Congress, DSS stated that it was unable to conduct security reviews at about 60 percent of cleared facilities in fiscal year 2016. Further, DSS recently declared that the United States is facing the most significant foreign intelligence threat it has ever encountered. As a result, in 2017, DSS announced plans to transition to a new monitoring approach to address emerging threats at facilities in the program. For a comparison of the current and new approaches, see below.

DSS has not addressed immediate challenges that are critical to piloting this new approach. For example, GAO found it is unclear how DSS will determine what resources it needs as it has not identified roles and responsibilities. Moreover, DSS has not established how it will collaborate with stakeholders—government contracting activities, the government intelligence community, other government agencies, and contractors—under the new approach. Federal Internal Control Standards establish the importance of coordinating with stakeholders, including clearly defining roles and responsibilities. In addition, GAO's leading practices for interagency collaboration state that it is important for organizations to identify the resources necessary to accomplish objectives. Until DSS identifies roles and responsibilities and determines how it will collaborate with stakeholders for the piloting effort, it will be difficult to assess whether the new approach is effective in protecting classified information.

Industrial security addresses the information systems, personnel, and physical security of facilities and their cleared employees who have access to or handle classified information. The National Industrial Security Program was established in 1993 to safeguard federal government classified information that may be or has been released to contractors, among others. GAO last reported on this program in 2005 and the Department of Defense has since implemented 13 of the 16 related recommendations.

GAO reviewed guidance and regulations since 2005, including the program's operating manual. GAO analyzed data from DSS's electronic databases and also selected a non-generalizable sample of contractor facilities based on clearance level, geographic location, and type of agreement to address foreign influence. We also reviewed documents and interviewed relevant government and contractor officials.

GAO recommends DSS determine how it will collaborate with stakeholders, including identifying roles and responsibilities and related resources, as it pilots a new approach. DSS concurred with the recommendation.