IRS must keep its computer systems secure to protect sensitive financial and taxpayer information. We assessed whether it had effective controls in place to safeguard this information in fiscal 2016 and 2017. 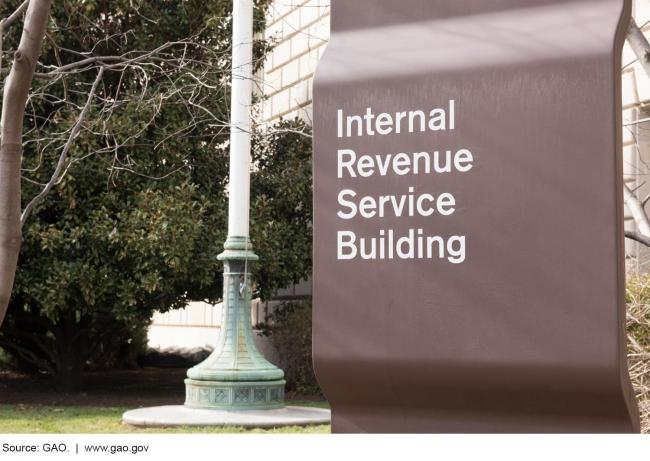 This is a photo of an IRS building.

The Internal Revenue Service (IRS) has made progress in resolving a number of previously reported control deficiencies. During fiscal year 2017, the agency made improvements in access controls by, for example, restricting unnecessary user access to certain applications and enforcing strong encryption on certain systems. IRS also corrected a previously identified contingency planning weakness for one system.

Nevertheless, continuing and newly identified control deficiencies limited the effectiveness of security controls for protecting the confidentiality, integrity, and availability of IRS's financial and tax processing systems. For example, IRS did not consistently (1) implement access controls by enforcing password expirations and minimum password lengths or by updating expiration dates for contractor passwords; (2) apply configuration management controls by documenting authorizations and approvals for changes to mainframe data and processing, or by installing critical security patches on multiple devices; and (3) implement certain components of its security program by correcting weaknesses in procedures or by updating system security plans. GAO has made recommendations to IRS to correct the identified security control deficiencies (see table). However, many deficiencies have not been corrected, and a large number of recommendations remained open at the conclusion of the audit of IRS's financial statements for fiscal year 2017.

Until IRS takes additional steps to address unresolved and newly identified control deficiencies and effectively implements components of its information security program, IRS financial reporting and taxpayer data will remain unnecessarily vulnerable to inappropriate and undetected use, modification, or disclosure. These shortcomings were the basis for GAO's determination that IRS had a significant deficiency in internal control over financial reporting systems for fiscal year 2017.

The IRS has a demanding responsibility to collect taxes, process tax returns, and enforce the nation's tax laws. It relies extensively on computerized systems to support its financial and mission-related operations and on information security controls to protect the sensitive financial and taxpayer information that reside on those systems.

As part of its audit of IRS's fiscal year 2017 and 2016 financial statements, GAO assessed whether controls over financial and tax processing systems were effective in ensuring the confidentiality, integrity, and availability of financial and sensitive taxpayer information. To do this, GAO examined IRS information security policies, plans, and procedures; tested controls over selected financial systems and applications; and interviewed key agency officials at four IRS locations.

In addition to the prior recommendations that have not been implemented, GAO is recommending that IRS take 5 additional actions to more effectively implement security-related policies and plans. In a separate report with limited distribution, GAO is recommending 32 actions that IRS can take to address newly identified control deficiencies. In commenting on a draft of this report, IRS agreed with GAO's recommendations and stated that it would review each of the recommendations and ensure that its corrective actions include a root cause analysis for sustainable fixes that implement appropriate security controls.

IRS in Need of Better Controls to Safeguard Taxpayer Data