We found that some patients incurred fees they believed to be excessive to access their records; for example, patients with chronic conditions can have lengthy records, and copying costs can be significant. Also, some patients are unaware that they can challenge providers who deny them access.

We also found that providers may bear costs for responding to record requests, including staff time. Fulfilling requests can be complex, as information may be stored in multiple electronic records or in a mix of paper and electronic records. 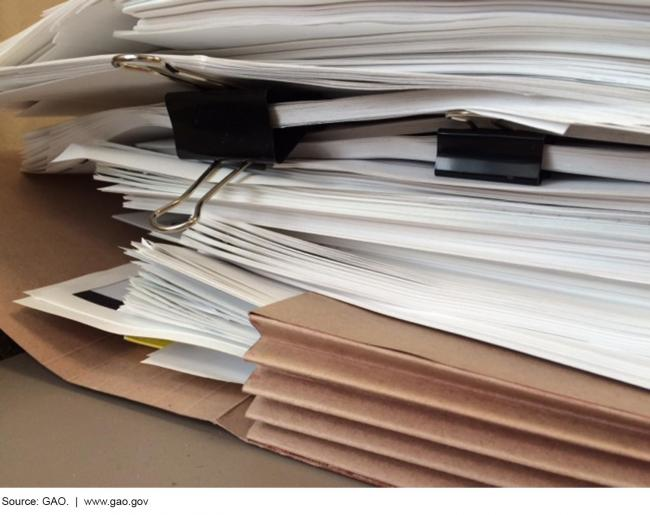 Available information suggests that the fees charged for accessing medical records can vary depending on the type of request and the state in which the request is made. Under the Health Insurance Portability and Accountability Act of 1996 (HIPAA) and its implementing regulations, providers are authorized to charge a reasonable, cost-based fee when patients request copies of their medical records or request that their records be forwarded to another provider or entity. In the case of third-party requests, when a patient gives permission for another entity—for example, an attorney—to request copies of the patient's medical records, the fees are not subject to the reasonable cost-based standard and are generally governed by state law. According to stakeholders GAO interviewed, the fees for third-party requests are generally higher than the fees charged to patients and can vary significantly across states.

One of the three states also specifies a maximum allowable fee if the provider uses an electronic health records system. The other two do not differentiate costs for electronic or paper records.

In the fourth state, state law entitles individuals to one free copy of their medical record. The statute allows a charge of up to $1 per page for additional copies.

Patients' challenges include incurring what they believe to be high fees when requesting medical records—for example, when facing severe medical issues that have generated a high number of medical records. Additionally, not all patients are aware that they have a right to challenge providers who deny them access to their medical records.

Providers' challenges include the costs of responding to patient requests for records due to the allocation of staff time and other resources. In addition, according to provider associations and others GAO interviewed, fulfilling requests for medical records has become more complex and challenging for providers, in part because providers may store this information in multiple electronic record systems or in a mix of paper and electronic records.

HIPAA and its implementing regulations, as amended by the Health Information Technology for Economic and Clinical Health Act, require health care providers to give patients, upon request, access to their medical records, which contain protected health information (i.e., diagnoses, billing information, medications, and test results). This right of access allows patients to obtain their records or have them forwarded to a person or entity of their choice—such as another provider—in a timely manner while being charged a reasonable, cost-based fee. Third parties, such as a lawyer or someone processing disability claims, may also request copies of a patient's medical records with permission from the patient.

The 21st Century Cures Act included a provision for GAO to study patient access to medical records. Among other things, this report describes (1) what is known about the fees for accessing patients' medical records and (2) challenges identified by patients and providers when patients request access to their medical records. GAO reviewed selected HIPAA requirements and implementing regulations and guidance, and relevant laws in four states selected in part because they established a range of fees associated with obtaining copies of medical records. GAO also interviewed four provider associations, seven vendors that work for providers, six patient advocates, state officials, and Department of Health and Human Services' (HHS) officials. The information GAO obtained and its analysis of laws in the selected states are not generalizable. HHS provided technical comments on this report.