The Nuclear Regulatory Commission inspects and licenses nuclear power plants and other civilian uses of radioactive material. It charges licensees to recover the cost of these efforts. In fiscal 2016, for example, it collected about $321 million in related fees.

We reviewed NRC's billing process and found it is taking steps to address problems that earlier audits and some licensees identified, such as a paper billing process that did not allow sufficient review time.

We recommended, among other things, that NRC follow best practices to establish electronic billing and more fully communicate to licensees what billing information is available. 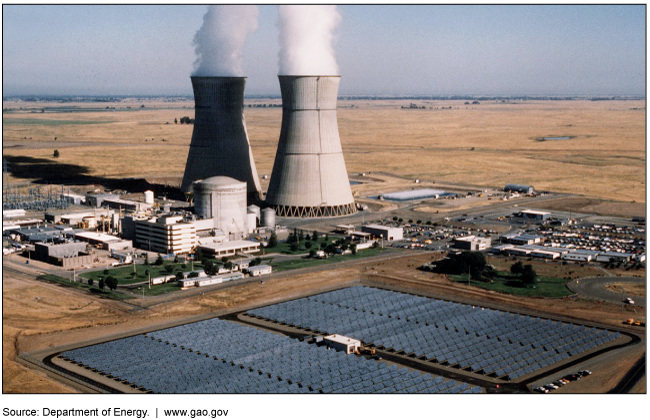 A nuclear power plant with cooling towers and related facilities.

The Office of the Inspector General for the Nuclear Regulatory Commission (NRC) and internal reviews conducted by NRC identified several problems with the agency's billing process, and NRC has implemented or plans to implement several changes to address the recommendations. For example, the codes that NRC staff use to record their work hours on time cards—referred to as activity codes—did not describe the work and did not have a consistent naming convention, which increased the risk of staff charging their time to the wrong activity codes. This could lead, in some cases, to billing errors. To address these problems, NRC created a standard naming convention for activity codes that provides more information about the activity. See the figure below for the steps in NRC's billing process for work that NRC or contractor staff performed. 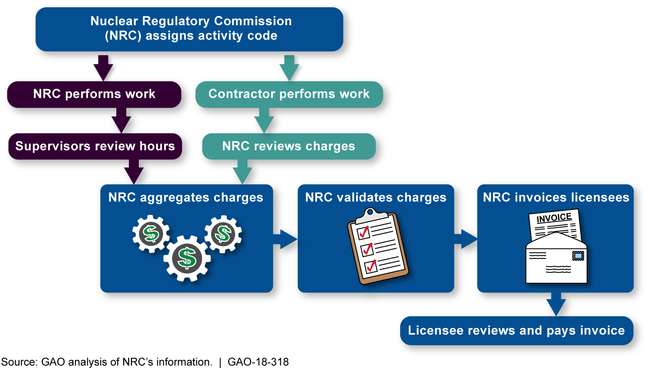 Some of the 13 licensees that GAO interviewed identified challenges with NRC's billing process, including its method for delivering paper invoices by mail. For example, two of these licensees stated that with invoices taking up to 10 days to arrive in the mail, they sometimes do not have sufficient time to properly review charges and remit payment to NRC within the 30-day deadline for paying the invoice. One licensee said that delays in receiving an invoice resulted in late fees. NRC is undertaking an initiative to transition to electronic billing, which may address the challenges the licensees identified and, according to NRC staff, improve the agency's billing process. However, NRC has not developed planning documents for this initiative and, according to staff, the planning phase is already past its original deadline of October 2017. The Project Management Institute has identified standards related to project management processes, including project planning. By developing a project management plan that is consistent with best practices and includes steps for involving licensees in system development and assessing results of the project, NRC would have reasonable assurance that it can better manage its electronic billing initiative.

NRC is responsible for regulating the commercial nuclear industry, including nuclear power plants. NRC provides services, such as inspections, for regulated entities that hold licenses—that is, licensees. NRC recovers the costs for these services by assessing fees and billing licensees quarterly. In fiscal year 2016, NRC collected about $321 million in service fees. From 2006 to 2016, audits of NRC's fees identified problems with NRC's billing process. For example, a 2012 audit identified about $24 million in unbilled fees from fiscal years 2011 and 2012.

GAO reviewed audits of NRC's billing process and other documents related to this process. GAO also interviewed NRC staff and a nongeneralizable sample of 13 licensees, selected based on the amount of service fees charged from October 2015 through July 2017, and compared NRC's actions against criteria on internal controls and project planning.