How is FDA evaluating and responding to business concerns about the new standards?

FDA developed an information clearinghouse to address concerns and is developing a survey to assess the effectiveness of the clearinghouse. 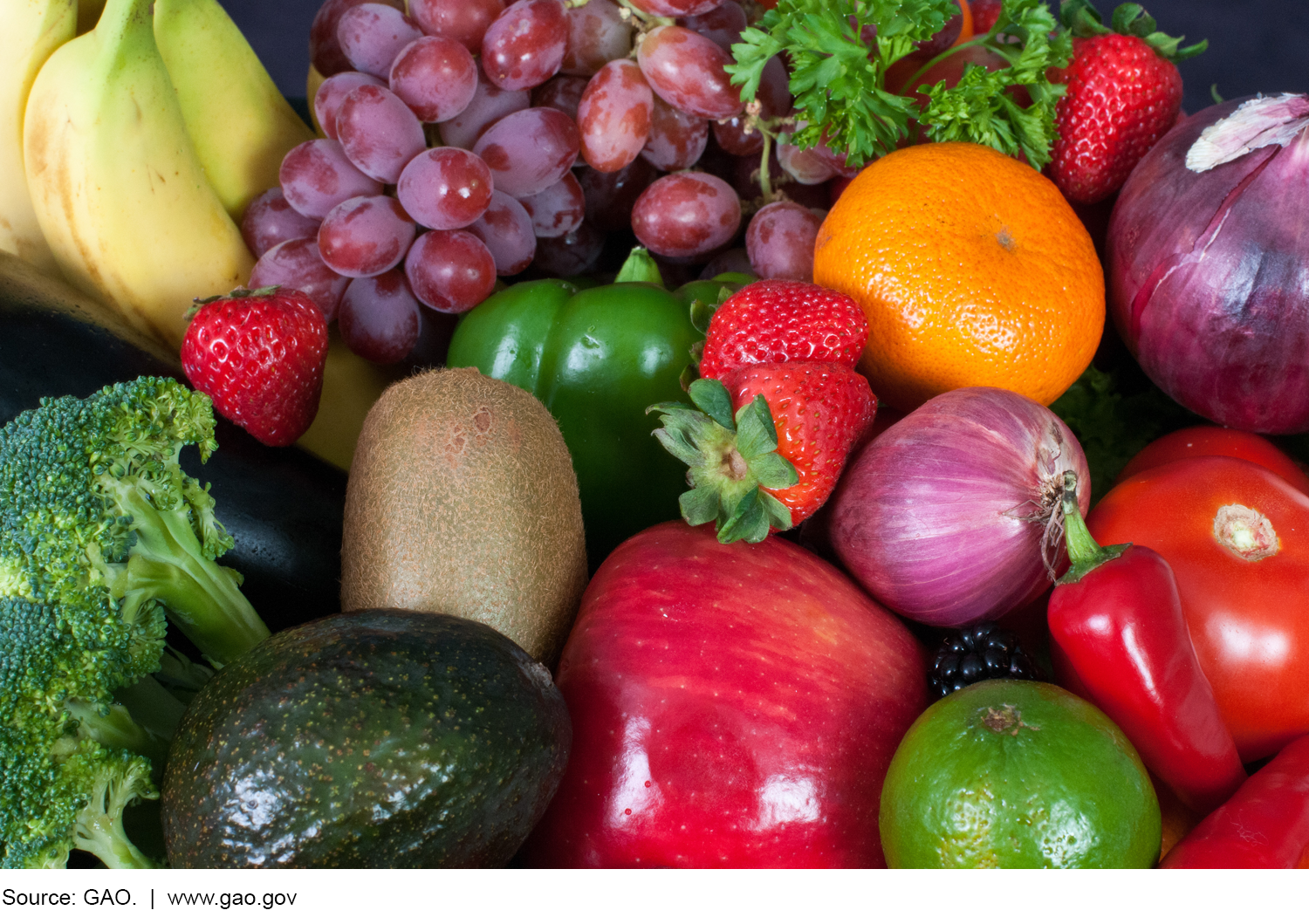 Photo showing a variety of fruits and vegetables.

The Food and Drug Administration (FDA) has developed an information clearinghouse, called the Technical Assistance Network (TAN), to evaluate and respond to concerns from businesses and other stakeholders regarding the produce rule and other rules under the FDA Food Safety Modernization Act (FSMA). The produce rule, promulgated in November 2015, established the first enforceable national standards for on-farm growing, harvesting, packing, and holding of domestic and imported produce. Businesses and other stakeholders—such as industry associations, academia, and consumers—can submit questions to the TAN online or by phone or traditional mail. FDA received 2,626 TAN questions from early September 2015, when the TAN first became operational, through early September 2016. About 14 percent of questions (363) pertained to the produce rule, and about 60 percent of questions (218) pertaining to the produce rule came from those who identified as belonging to “industry/business.” According to FDA officials, the agency tracks TAN questions to help inform FSMA policy, guidance, and training, and the agency intends to maintain the TAN as a mechanism to respond to stakeholder questions and concerns even after the produce rule and other FSMA rules are fully implemented.

FDA officials GAO interviewed said the agency is developing a stakeholder survey to assess the effectiveness of the TAN. Starting in fiscal year 2017, the agency will send a copy of the survey when providing responses to TAN questions. The agency is also developing metrics to measure overall success in implementing the produce rule. These metrics will include an examination of how effective the TAN is in responding to questions and will ultimately be used to assess whether additional training and outreach to business are needed to help implement the produce rule. Representatives from industry associations generally told GAO that wait times for answers from the TAN can be long, and some had not yet received answers to their questions. For example, representatives from one industry association told GAO it took 4 months to get an answer from the TAN. FDA officials told GAO the agency is currently studying how long it takes, on average, to respond to questions submitted to the TAN, and the agency is working to decrease its response time. FDA officials told GAO that response times to TAN questions may be longer in some cases because agency guidance on the produce rule and other FSMA rules is still under development, and the agency does not want to provide information through the TAN that might conflict with the subsequent guidance. In addition, these officials said that while simpler questions can often be addressed immediately by FDA staff that monitor the TAN, about 95 percent of the questions are more complex. These questions are forwarded to subject matter experts within the agency and, consequently, require more time for a response.

Although the United States has one of the safest food supplies in the world, foodborne illness is a common public health problem. Some of this illness can be linked to produce. Because produce is often consumed raw without processing to reduce or eliminate contaminants, preventing contamination is key to ensuring safe consumption. FDA, an agency within the Department of Health and Human Services (HHS), has responsibility for ensuring the safety of produce, along with many other foods. FSMA required FDA to promulgate new rules that together provide a framework for industry to implement preventive measures and for FDA to oversee implementation. In response to FSMA, FDA developed seven foundational rules; among them was the produce rule.

Some in the produce industry have expressed concerns about the new safety standards under the produce rule, including the scientific basis for certain standards and the costs associated with meeting standards. The Agricultural Act of 2014, also referred to as the 2014 Farm Bill, required that FDA ensure the final produce rule include a plan to systematically develop an ongoing process to evaluate and respond to business concerns. The act included a provision for GAO to report, 1 year after the promulgation of the final produce rule and again the next year, on the ongoing response and evaluation process. This first report examines (1) how FDA evaluates and responds to business concerns regarding the produce rule and (2) how FDA plans to assess the effectiveness of its efforts to evaluate and respond to business concerns regarding the rule.

To examine how FDA evaluates and responds to business concerns regarding the produce rule, GAO reviewed the final rule and relevant information on FDA’s website. In addition, GAO interviewed FDA officials and two organizations assisting FDA with implementation of the rule. GAO also interviewed representatives from six produce industry associations and one large retailer for their views on any FDA efforts to respond to business concerns. To determine how FDA plans to assess the effectiveness of its efforts to evaluate and respond to business concerns, GAO interviewed FDA officials to learn about any ongoing or planned efforts.

HHS provided technical comments on a draft of this product, which we incorporated as appropriate.