The Army Corps of Engineers issues permits for infrastructure projects after evaluating the impact on federally regulated waters and wetlands.

The Corps may accept funding to expedite the permit application review process for proposed projects with a public purpose. The funding may come from public-utility companies, natural gas companies, railroad carriers, and nonfederal public entities—such as city governments.

The authority to accept funds from companies for expedited permit processing is relatively recent, so we looked at how the Corps has implemented it. 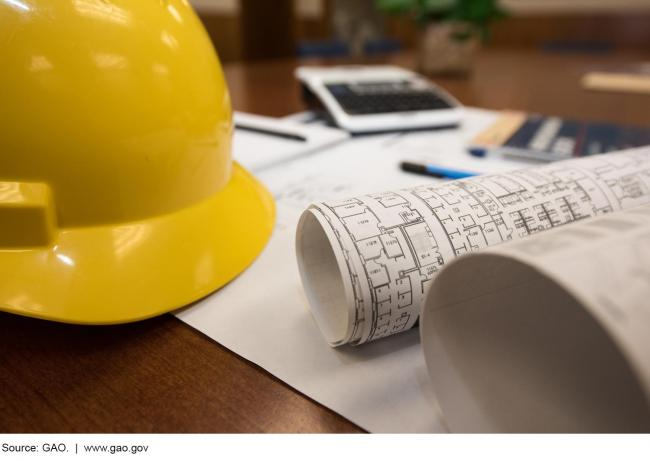 Photo of hardhat and blueprints.

GAO found that as of June 8, 2017, the Corps has implemented this authority by approving or developing funding agreements with seven public utilities and one natural gas company. Three Corps districts--Alaska, Los Angeles, and New England--have approved funding agreements, and four districts--Chicago, Jacksonville, Sacramento, and St. Paul--have taken the initial step of providing public notice of preliminary intent and are in the process of drafting or finalizing funding agreements. According to a Corps official, no agreements had been approved for railroad carriers at the time of GAO's review. Corps officials and funding entity representatives GAO interviewed described the development of the funding agreements as a collaborative process that began with the funding entity approaching a Corps district to propose the development of an agreement. Both parties approved the final agreements. The development of the three approved agreements--from initial proposal to approval--took approximately 9 to 13 months, and the agreements' duration--the time between approval and expiration--is about 3 to 4 years. The approved agreements provide funding for the Corps' expenses--primarily the salary of a dedicated district official to process the entity's permit applications--and require the Corps to report to the entity on expenses and activities under the agreements.

GAO's review of the three approved agreements and associated documents found that the primary activities of the Corps' districts under the agreements are to review permit applications for the funding entity's multiple priority projects and prepare documentation necessary for any required environmental reviews, such as environmental assessments required under the National Environmental Policy Act. Overall, Corps district officials and funding entity representatives GAO interviewed said that potential advantages of the agreements include having a dedicated Corps official working on processing permit applications for the funding entity's multiple projects and having this official involved early in projects to help avoid potential planning mistakes. Two Corps district officials and two funding entity representatives said that a potential challenge is establishing appropriate milestones and metrics to measure the Corps' performance. Corps district officials GAO interviewed said they anticipated few additional agreements with public-utility companies and natural gas companies in the future primarily because few companies have a large number of priority projects that might need an expedited permit review.