The State Department continues to work with OAS to reform its fee structure so that no country pays more than 50% of its total assessed contributions—though this may be difficult to negotiate with other member countries. 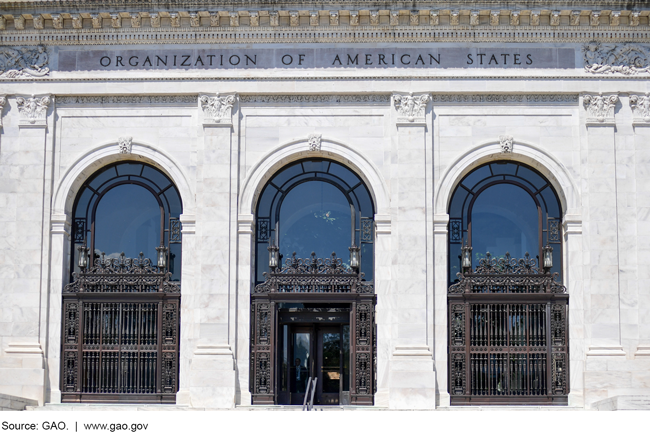 U.S. Assessed and Voluntary Contributions Provided to Four Inter-American Organizations for 2016, as Dollar Amounts and as Percentages of Totals for All Member States

The United States belongs to several inter-American organizations, including the OAS, PAHO, IICA, and PAIGH, which promote democracy, security, health care, agricultural development, and scientific exchange in the Western Hemisphere. The United States helps finance these organizations' operating expenses through assessed contributions (fees) that are based in part on the size of the U.S. economy relative to those of other members. The Reform Act required State to submit a strategy identifying, among other things, a path toward the adoption of reforms to the OAS's assessed quota structure to ensure that no member will pay more than 50 percent of OAS assessed contributions. In addition, the United States also provides the OAS, PAHO, and IICA with project-specific voluntary contributions.