The federal government began collecting data on U.S. imports of electronic cigarettes (e-cigarettes) on January 1, 2016. We analyzed these new data and found that the value of U.S. e-cigarette imports totaled about $342 million in 2016—and brought in about $9 million in tariff revenue.

E-cigarette devices accounted for nearly 60% of the value of these imports, parts for nearly 32%, and liquid for almost 9%. And, although e-cigarettes were imported from 41 countries, China accounted for 91% of imports by value. 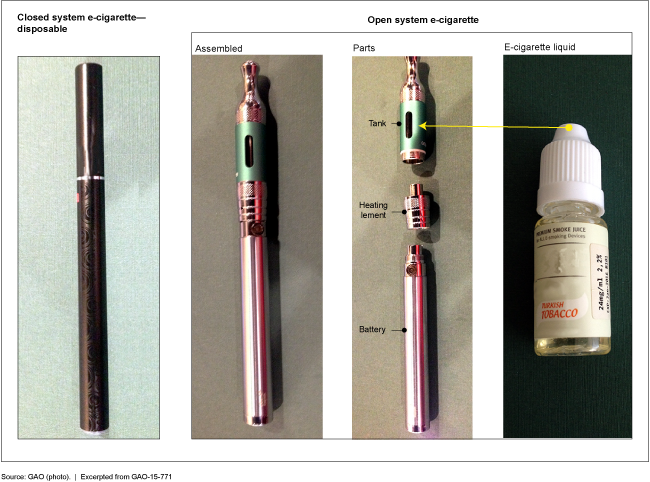 In the fall of 2015, the Committee for Statistical Annotation of Tariff Schedules—comprising representatives from USITC, U.S. Customs and Border Protection (CBP), and the U.S. Census Bureau (Census)—established six new statistical reporting numbers for e-cigarette devices, parts, and liquid in the HTS, which went into effect on January 1, 2016.

U.S. import data are collected by CBP from records submitted by importers. These data are then incorporated into the official trade statistics published by Census. GAO analyzed import data for the new statistical reporting numbers for e-cigarettes for calendar year 2016, the first year such data were collected by the U.S. government. GAO used 2016 data that were available in February 2017 from the public Interactive Tariff and Trade DataWeb database maintained by USITC, which incorporates U.S. trade statistics published by Census. GAO assessed the reliability of the data by reviewing agency documents about U.S. foreign trade statistics and interviewing cognizant agency officials. GAO determined that the 2016 data on U.S. e-cigarette imports that were available in February 2017 were sufficiently reliable for the purposes of presenting annual descriptive statistics.

Over the last decade, the use of traditional cigarettes in the United States has declined, while the...
Chuck Young
Managing Director
youngc1@gao.gov
(202) 512-4800
International Affairs
Data collectionData integrityErrorsImportsInternational tradeInternational trade restrictionNicotineTariffsPorts of entry