Under the Medicare Advantage program, private insurance companies contract with the Centers for Medicare & Medicaid Services (CMS) to offer health plans that cover all services required by Medicare.

We found some contracts in which people in poor health were much more likely than others to voluntarily leave the contracts' health plans. These contracts generally had lower quality scores, and their enrollees often cited problems getting access to care.

We recommended that CMS consider using data on the health status of people who leave Medicare Advantage contracts, and the reasons they give for leaving to help improve oversight of the program. 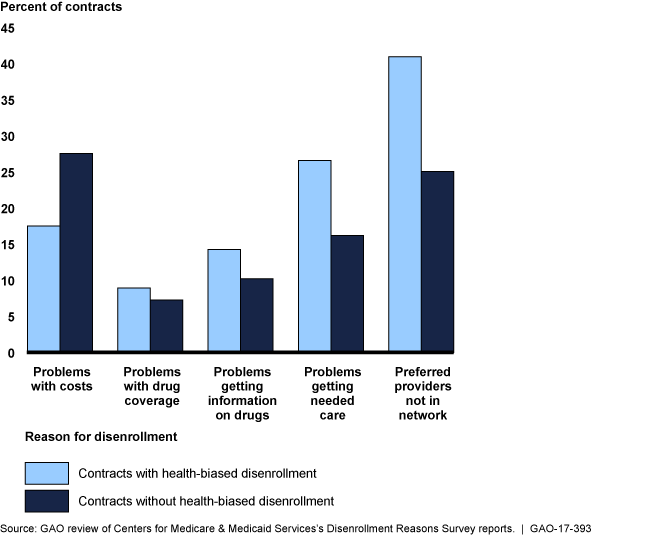 GAO found that beneficiaries who left the 35 contracts with health-biased disenrollment tended to report leaving for reasons related to preferred providers and access to care. In contrast, beneficiaries who left the 91 contracts without health-biased disenrollment tended to report that they left their contracts for reasons related to the cost of care. 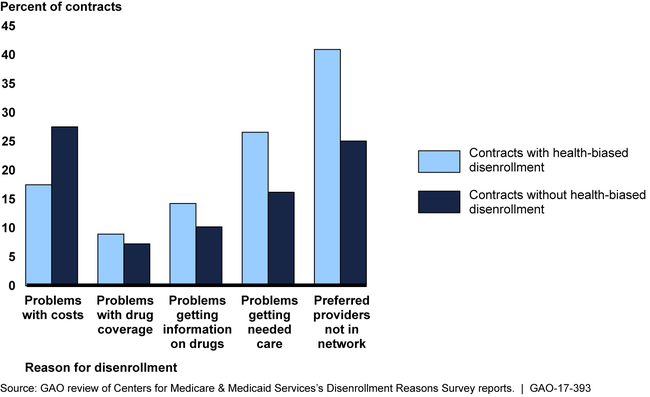 CMS does not use available data to examine data on disenrollment by health status as part of its ongoing oversight; thus, CMS may fail to identify problems in MA contract performance, which poses a risk as contracts are prohibited from limiting coverage based on health status. CMS's oversight is inconsistent with internal control standards.

In 2016, over 30 percent of Medicare beneficiaries were enrolled in the MA program. Each year beneficiaries have an opportunity to join or leave their MA plan.

To strengthen its oversight of MA contracts, CMS should examine data on disenrollment by health status and the reasons beneficiaries disenroll. HHS concurred with GAO's recommendation.