This testimony is a status update on the Food Safety and Inspection Service's catfish inspection program and summarizes our work on its potential duplication, overlap, and fragmentation.

To address statutory requirements, FSIS has:

Coordinated with the Food and Drug Administration's seafood safety program to reduce duplication.

Issued the program's final regulation and reduced its annual cost estimate from ~$14 million to ~$2.6 million.

We are continuing to examine the FDA and FSIS programs to identify any opportunities to strengthen them. 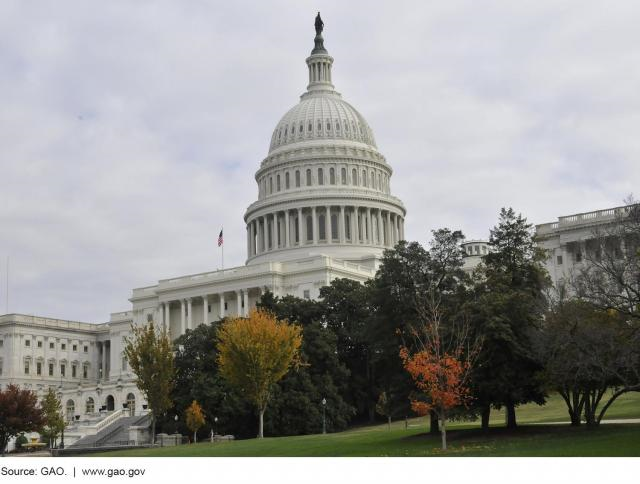 Photo of the U.S. Capitol.

In reviewing the transfer of responsibility for the inspection of catfish from the Food and Drug Administration (FDA) to the U.S. Department of Agriculture’s Food Safety and Inspection Service (FSIS), GAO found in May 2012 that FSIS’s then-proposed catfish inspection program would further divide responsibility for overseeing seafood safety and introduce overlap at considerable cost. For example, while FSIS would be responsible for catfish, FDA would be responsible for other types of seafood, and the Department of Commerce’s National Marine Fisheries Service would provide fee-for-service inspections of some seafood-processing facilities at their request. GAO identified four areas of concern regarding the potential for overlap or inefficient use of resources if FSIS were to implement the catfish inspection program. Specifically, there could be: (1) an increase in paperwork requirements for catfish processors; (2) overlapping inspections or unnecessary inspection frequency; (3) inconsistent oversight of imported seafood; and (4) additional costs of setting up FSIS’s inspection program. In addition, FSIS identified Salmonella as the primary catfish health hazard, but a study FSIS cited in its risk assessment of Salmonella in catfish reported that the hazards from Salmonella and other bacteria in catfish were practically zero. Furthermore, GAO found that FSIS used outdated information in its risk assessment as its scientific basis for a catfish inspection program. We concluded that the FSIS catfish inspection program would likely not enhance the safety of catfish but would duplicate other federal seafood inspections at an annual cost to taxpayers of about $14 million, as estimated by FSIS.
The Agricultural Act of 2014, also known as the 2014 Farm Bill, required FSIS to coordinate with FDA to execute a memorandum of understanding (MOU) that would, among other things, ensure that inspections of catfish conducted by both agencies were not duplicative. The agencies signed the MOU in April 2014. In December 2015, FSIS issued the final regulation for the catfish inspection program as required and also significantly reduced its 2011 estimate of the program’s annual cost to the government, from about $14 million to about $2.6 million. In March 2016, FSIS assumed responsibility for inspecting domestic catfish and in April 2016 assumed responsibility for screening catfish imports.
GAO has ongoing work for the Senate Appropriations Committee examining federal oversight of seafood safety. GAO is examining how FDA and FSIS ensure the safety of imported seafood, including catfish, and any opportunities to strengthen their programs. GAO is also reviewing the coordination between FDA and FSIS and the extent to which these agencies are leveraging each other’s resources to more effectively conduct their imported seafood oversight programs.

The volume of seafood imported to the United States has increased. In 2009, 80 percent of the seafood in the U.S. food supply was imported, but by 2015, more than 90 percent was imported. Catfish accounted for about 4 percent of all seafood imports. Since 2007, federal oversight of food safety has been on GAO’s list of high-risk areas, largely because of fragmentation that has caused inconsistent oversight, ineffective coordination, and inefficient use of resources.

The Food, Conservation, and Energy Act of 2008, the 2008 Farm Bill, split responsibility for seafood safety between FSIS, for catfish inspection, and FDA, for seafood in general. The bill directed FSIS to issue catfish inspection regulations, and FSIS prepared a risk assessment to determine risks associated with catfish and identified Salmonella as the primary food safety hazard.
For this testimony, GAO focused on (1) the transfer of responsibility for the inspection of catfish from FDA to FSIS, (2) the status of the FSIS catfish program’s implementation, and (3) information on GAO’s ongoing work on seafood safety. GAO based this testimony primarily on a May 2012 report, for which it reviewed FSIS’s then-proposed program and related documents and interviewed FDA and FSIS officials. GAO updated that work with publicly available information on FSIS’s program implementation efforts.
For more information, contact Steve Morris at (202) 512-3841, or morriss@gao.gov.