Young women account for 11% of all new cases of breast cancer in the United States, tend to have worse outcomes than older women, and face unique issues in managing the disease.

We looked at the Department of Health and Human Services' efforts to provide breast cancer education and support to young women as required by law. Among its activities, HHS used social media to launch these campaigns targeted to young women: 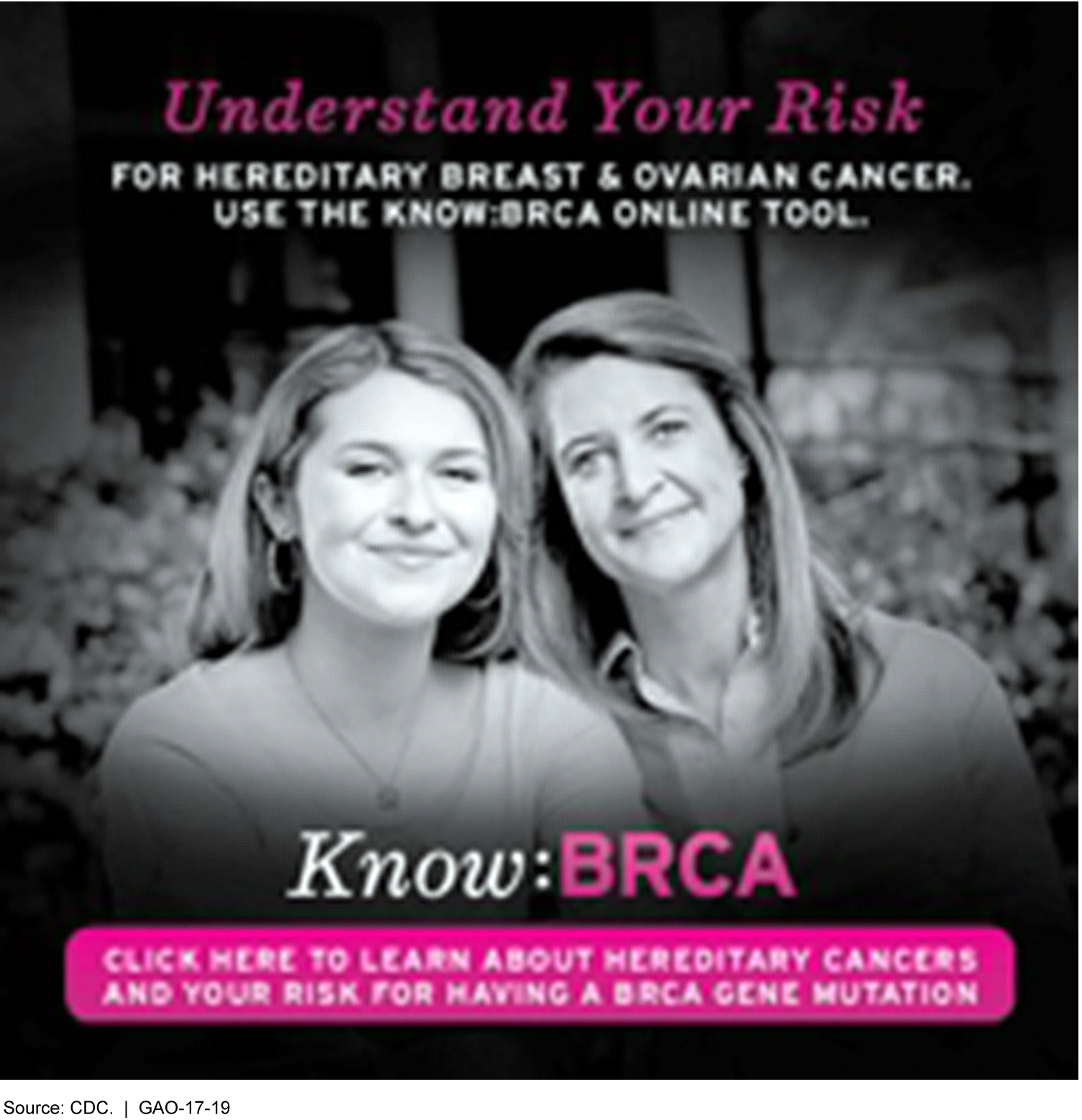 The Centers for Disease Control and Prevention (CDC), within the Department of Health and Human Services (HHS), has led federal efforts to respond to four areas specified in the Young Women's Breast Health Education and Awareness Requires Learning Young Act of 2009 (EARLY Act). CDC reported spending nearly $37 million between fiscal years 2010 to 2016 on the following efforts across the four areas specified in the act:

In conducting this work, GAO reviewed federal laws, federal internal control standards, GAO's Fragmentation, Duplication, and Overlap Guide, as well as HHS's documentation of EARLY Act efforts and spending; and interviewed officials at HHS agencies with roles implementing the act, including CDC, HRSA, and NIH. GAO also interviewed officials from seven research and advocacy groups who were selected based on the populations they represent, and searched 17 federal websites, which were selected based on GAO's research and referrals by breast cancer experts.