U.S. personnel overseas can be targets of terrorism, violence, and crime—particularly while in transit. From 1998 to 2015, State Department personnel were attacked more than 100 times while traveling outside of embassy compounds, with many of the worst attacks occurring while victims were in motorcades, official vehicles, or other forms of transportation.

State has taken steps to protect personnel in transit, but we found opportunities to enhance transportation policies, training, and communications, and made multiple recommendations to that end. 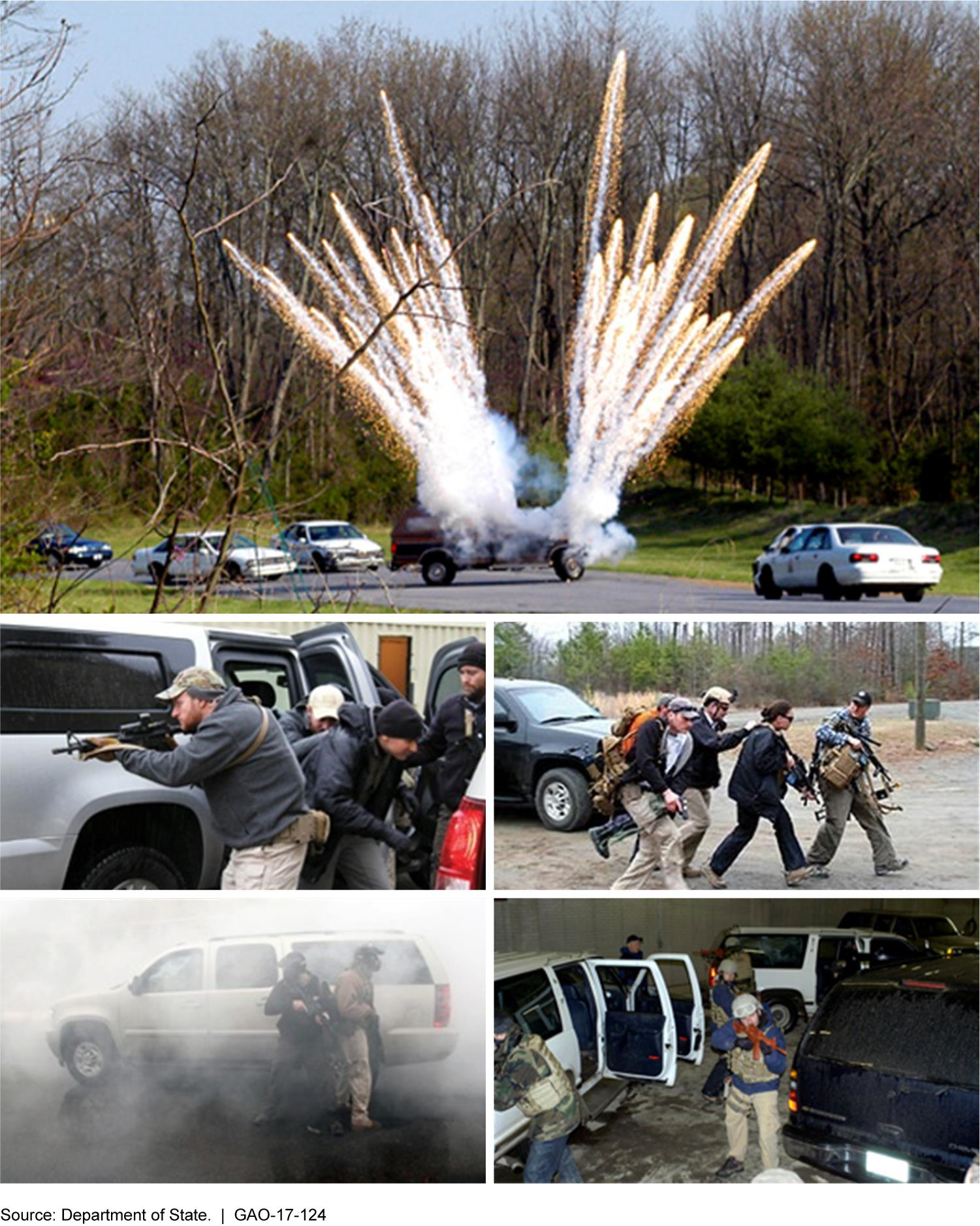 The Department of State (State) has established policies related to transportation security for overseas U.S. personnel, but gaps exist in guidance and monitoring. GAO reviewed 26 posts and found that all 26 had issued transportation security and travel notification policies. However, policies at 22 of the 26 posts lacked elements required by State, due in part to fragmented implementation guidance on what such policies should include. State also lacks a clear armored vehicle policy for overseas posts and procedures for monitoring if posts are assessing their armored vehicle needs at least annually as required by State. These gaps limit State's ability to ensure that posts develop clear policies that are consistent with State's requirements and that vehicle needs for secure transit are met.

State uses various systems at overseas posts to communicate time-sensitive information related to transportation security, but several factors hinder its efforts. RSOs and other post officials are responsible for communicating threat information to post personnel. However, at 4 of the 9 posts it visited, GAO learned of instances in which staff did not receive important threat information in a timely manner for various reasons. In one case, this resulted in an embassy vehicle being attacked with rocks and seriously damaged while traveling through a prohibited area. In addition, while all 9 of the posts GAO visited require that personnel notify the RSO before traveling to certain locations, personnel at more than half of the 9 posts said they were unaware of these requirements or had difficulty accessing required travel notification systems. Timely communication is critical for managing transportation security risks, and failure to communicate important transportation-related information and receive such information promptly could leave overseas personnel facing avoidable security risks.

U.S. diplomatic personnel posted overseas continue to face threats to their security. According to State, personnel and their families are particularly vulnerable when traveling outside the relative security of diplomatic work facilities or residences. In many serious or fatal attacks on U.S. personnel over the last three decades, victims were targeted while in motorcades, official vehicles, or otherwise in transit.

GAO was asked to review how State manages transportation-related security risks to U.S. diplomatic personnel overseas. For this report, GAO evaluated the extent to which State, with regard to transportation security at overseas posts, has (1) established policies, guidance, and monitoring; (2) provided personnel with training; and (3) communicated time-sensitive information. GAO reviewed agency documents and met with key officials in Washington, D.C. GAO also reviewed policies from a judgmental sample of 26 posts—primarily higher-threat, higher-risk locations—and conducted fieldwork and met with officials at 9 of these posts. This is the public version of a sensitive but unclassified report issued in September 2016.

GAO is making eight recommendations in this report to help State improve its management of transportation-related security risks by enhancing associated policies, guidance, and monitoring; clarifying its requirements for refresher briefings; and better communicating time-sensitive information. State agreed to take steps for all but one recommendation—the need to clarify its requirements for refresher briefings. GAO continues to believe this is needed as discussed in the report.