How are state governments helping Medicaid beneficiaries connect with participating doctors and hospitals?

These resources had different amounts of information and states differed in how they adapted resources to meet beneficiary needs. 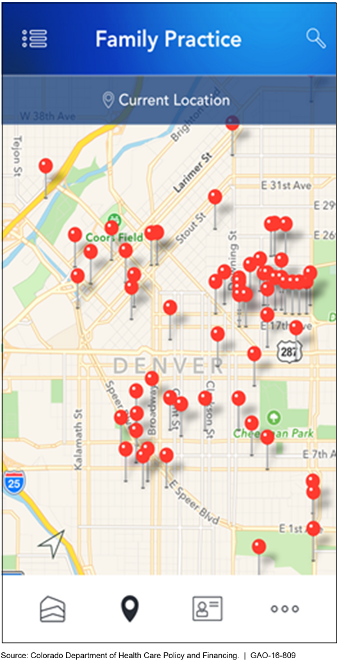 CMS, the federal agency that oversees Medicaid, and states consider the development of resources to help beneficiaries find a provider to be a state role. CMS supports a federal resource for pediatric dental care and has provided guidance to states related to resources. The 23 states GAO reviewed have 4 common types of resources to help beneficiaries: searchable provider directories; nonsearchable provider lists; beneficiary helplines; and beneficiary handbooks. These resources vary with respect to the scope of information, availability, and states' adaptations to address beneficiary needs. Of the 23 states, GAO found the following:

Helplines are the primary resource that beneficiaries use to report issues finding a provider, according to Medicaid officials in 4 of 6 selected states and half of the advocacy group representatives GAO interviewed. When beneficiaries contact helplines, they can be directed to additional resources—beyond those listed above—to address their complaint.

Medicaid is the federal and state health care program for low-income and medically needy individuals including certain children, adults, and aged and disabled individuals. As states transition more Medicaid enrollees and services to managed care, stakeholders have raised questions about populations that remain in FFS arrangements and the resources they can use to find health care providers. GAO was asked to provide information about Medicaid beneficiaries in FFS arrangements.