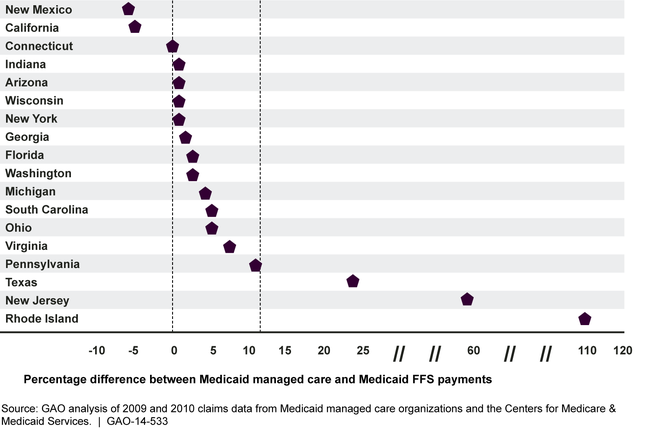 Note: To safeguard confidential information, results were excluded from the figure for 2 of the 20 selected states where the number of Medicaid managed care organizations was limited.

Medicaid provided health coverage for over 70 million individuals in fiscal year 2013 through a combination of FFS and managed care at a cost of about $460 billion. Yet, limited information is available on how provider payments per service under Medicaid FFS and managed care compare with private insurance and with one another. This report builds on a prior GAO study on Medicaid payments by comparing payments for E/M services under Medicaid FFS, managed care, and private insurance prior to 2013, when temporary Medicaid payment increases for these services took effect, as mandated by HCERA.