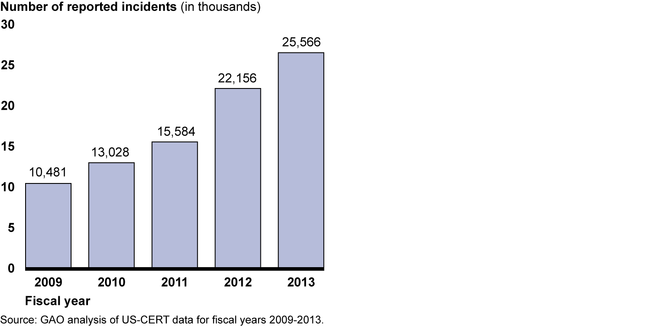 As GAO has previously reported, major federal agencies continue to face challenges in fully implementing all components of an agency-wide information security program, which is essential for securing agency systems and the information they contain—including PII. Specifically, agencies have had mixed results in addressing the eight components of an information security program called for by law, and most agencies had weaknesses in implementing specific security controls. GAO and inspectors general have continued to make recommendations to strengthen agency policies and practices.

In December 2013, GAO reported on agencies' responses to PII data breaches and found that they were inconsistent and needed improvement. Although selected agencies had generally developed breach-response policies and procedures, their implementation of key practices called for by Office of Management and Budget (OMB) and National Institute of Standards and Technology guidance was inconsistent. For example,

the seven agencies did not consistently offer credit monitoring to affected individuals; and

none of the seven agencies consistently documented lessons learned from their breach responses.

Incomplete guidance from OMB contributed to this inconsistent implementation. For example, OMB's guidance does not make clear how agencies should use risk levels to determine whether affected individuals should be notified. In addition, the nature and timing of reporting requirements may be too stringent.

This testimony addresses federal agencies' efforts to secure their information and respond to data breaches. In preparing this statement, GAO relied primarily on previously published and ongoing work in this area.