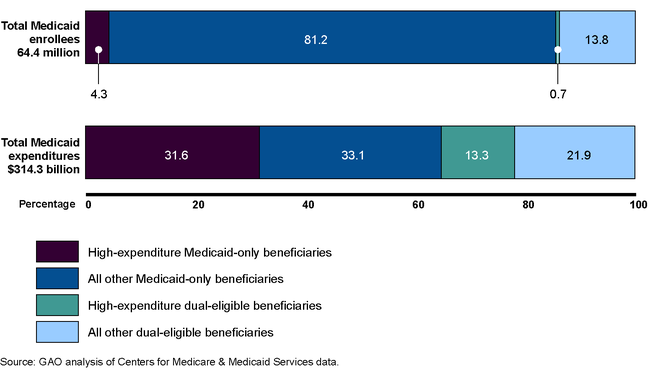 Medicaid is an important source of health coverage for millions of low-income individuals. Research on Medicaid has demonstrated that a small percentage of beneficiaries account for a disproportionately large share of Medicaid expenditures. Understanding states' expenditures for high-expenditure populations—both those dually eligible for Medicare and Medicaid, and those who are Medicaid-only—could enhance efforts to manage Medicaid expenditures.