Cyberattacks and natural disasters can pose risks to the electric grid across the country, potentially resulting in blackouts and other disruptions to daily life.

Nuclear microreactors are an emerging technology that could help affected areas get back up and running faster. Compact and mobile, fully-assembled microreactors could be transported by rail, truck, or plane to wherever they are needed.

Challenges to implementing this technology include:

strategies for waste treatment and disposal

Figure showing how microreactors would fit in a train, truck, or plane

What is it? Nuclear microreactors are very small reactors usually generating less than 50 megawatts electric (MWe). They are seen as an alternative to conventional (often around 1,000 MWe) or small modular reactors (50-300 MWe). By comparison, microreactors can be produced more quickly, and within weeks, transported and deployed to locations such as isolated military bases or communities affected by natural disasters. They are designed to provide resilient, non-carbon emitting, and independent power in those environments. 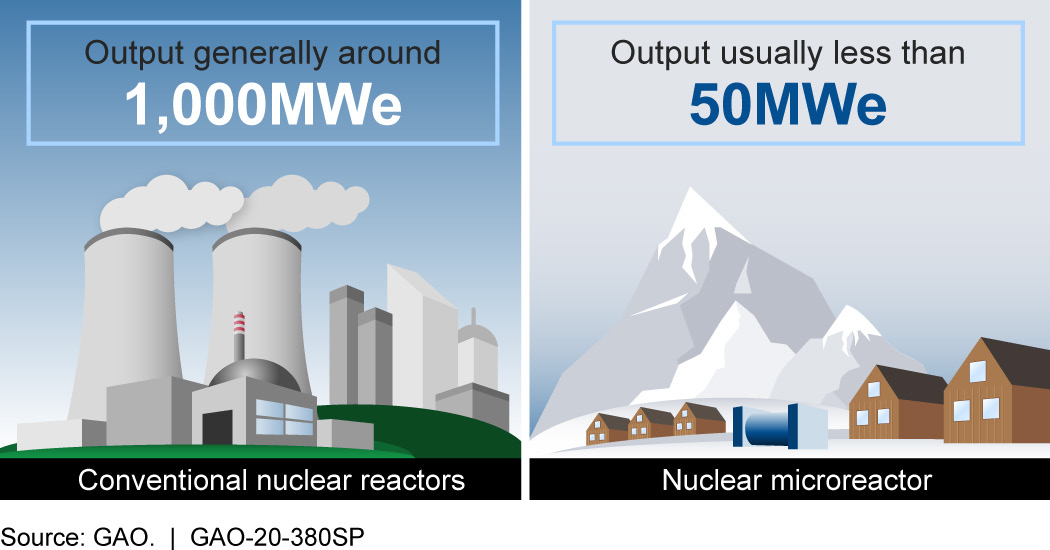 How does it work? Similar to conventional large reactors, microreactors use the heat from a nuclear reaction to boil water, creating steam. The steam spins a turbine generator that, in turn, produces electricity. Depending on the proposed design, microreactors would use either more mature conventional light water or less mature advanced reactor technologies. Many of the designs call for the use of fuel enriched up to 20% U-235 (high-assay, low-enriched uranium, or HALEU), which is currently unavailable in the commercial U.S. market, and may also present proliferation and safety risks. Other innovations, such as improved cooling, heat transfer, and different approaches to manage the reaction, are also needed to sustain a nuclear reaction in a much smaller package than that of conventional nuclear reactors. The smaller size makes a microreactor transportable by truck, train, or cargo plane. 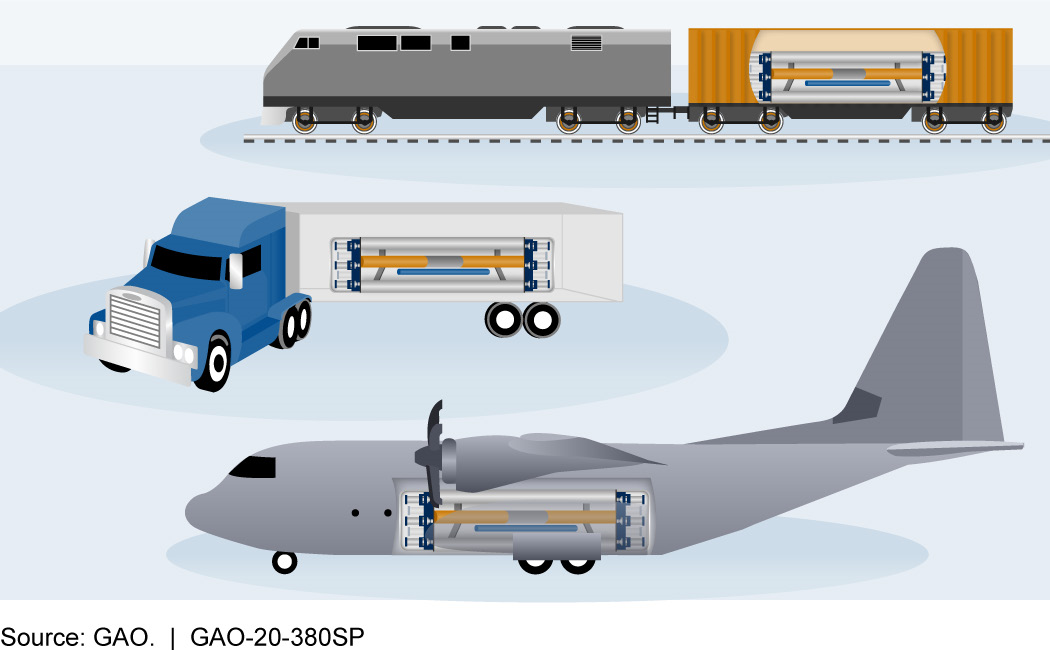 Figure 2 Microreactors are designed to be transportable by rail, truck, or cargo plane.

How mature is it? Microreactors are currently in the earliest stages of development, with individual designs ranging in maturity. (Designs for small modular reactors that in some cases have been supported by the Department of Energy are at later stages of development.) Before a reactor can be deployed, many years of careful planning and close coordination between reactor designers and regulators are required.

How far along any given design is depends on the proposed technical approach. Designs using light water cooling are nearing maturity, as they are based on components that are proven to be effective in large conventional reactors. Designing large reactors can take over 10 years, including more than 3 years for Nuclear Regulatory Commission design certification and cost $1 billion to $2 billion (in 2015). By comparison, reactors using advanced concepts, such as liquid metal, molten salt, or high temperature gas, will require more design and certification work, which would lengthen the development time. Because of the time required to design, certify, and manufacture microreactors, examining this technology now is key for future planning by the industry.

With interest in microreactors growing within the defense and energy industries and key technologies not yet mature, some questions for consideration include:

Explore our Key Issues on Energy