U.S.-Funded Equipment for the Afghan National Defense and Security Forces

Since 2002, the United States has helped develop and support the Afghan National Defense and Security Forces by providing equipment, among other efforts. Afghan forces use the equipment to fight insurgents and terrorists who threaten Afghanistan's stability. We found that key U.S.-funded equipment includes:

30,000 equipment items for disposing of explosives, such as bomb disposal robots;

16,000 equipment items for intelligence, surveillance, and reconnaissance, such as unmanned surveillance drones; and

208 aircraft, such as helicopters.

Examples of Key U.S.-Funded Equipment for the Afghan National Defense and Security Forces

In 2003, the United States began funding a variety of key equipment for the Afghan National Army (ANA) and Afghan National Police (ANP)--collectively known as the Afghan National Defense and Security Forces (ANDSF). GAO's analysis of Department of Defense (DOD) data identified six categories of key equipment that the United States funded for the ANDSF from fiscal years 2003 through 2016. Communications equipment and vehicles were first authorized by DOD for procurement in fiscal year 2003; weapons in 2004; explosive ordnance disposal (EOD) equipment in 2006; and intelligence, surveillance, and reconnaissance (ISR) equipment and aircraft in 2007. GAO's analysis also shows the following details about the six categories of key equipment:

The figure below shows the total quantities of key equipment that the United States funded for the ANDSF in fiscal years 2003 through 2016. 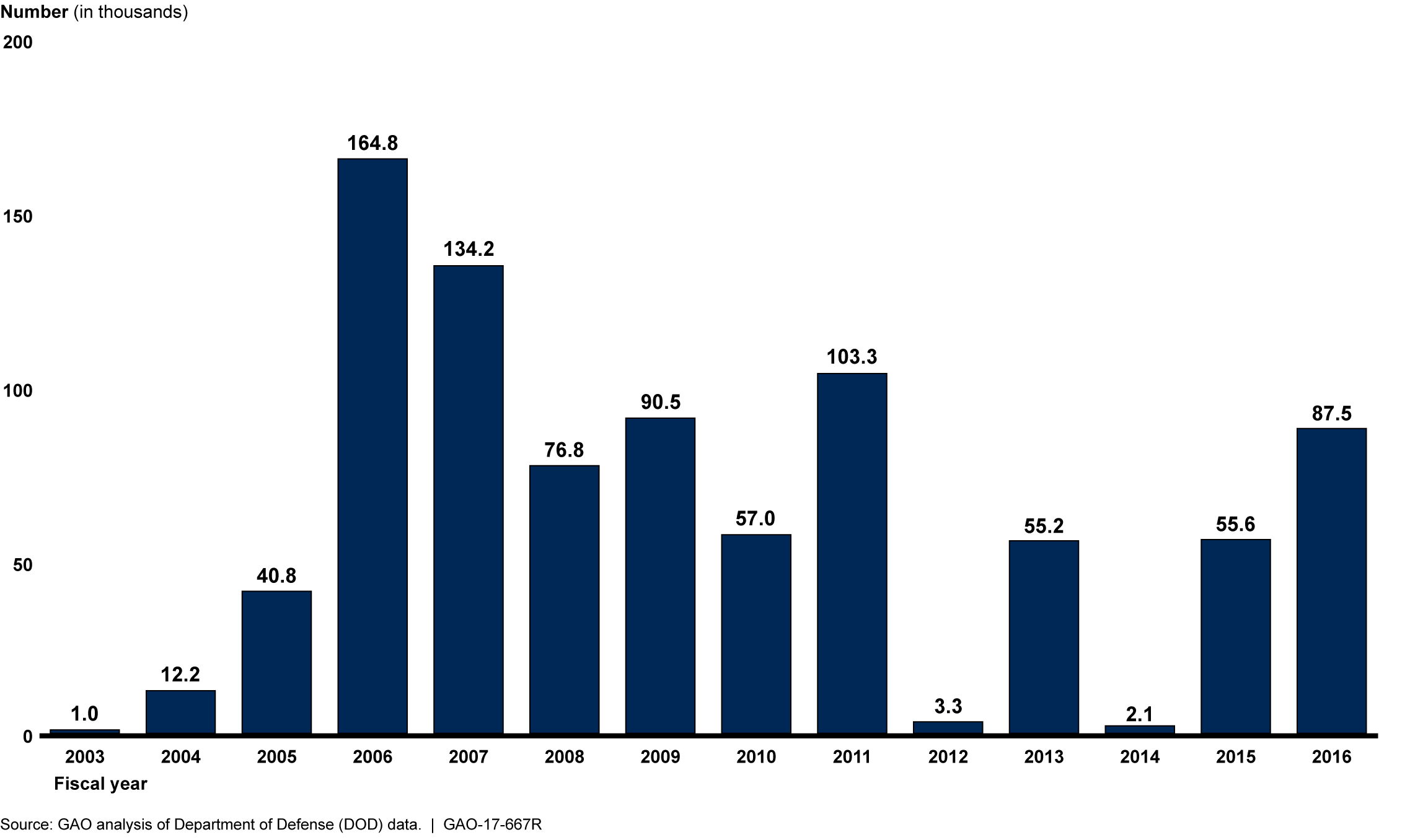 Developing an independently capable ANDSF is a key component of U.S. and coalition efforts to counter terrorist threats and create sustainable security and stability in Afghanistan. Since 2002, the United States has worked to train and equip these forces, with assistance from North Atlantic Treaty Organization members and other coalition nations. Since fiscal year 2002, more than $76 billion has been appropriated or allocated for various DOD and Department of State (State) programs to support Afghan security, and DOD has disbursed almost $18 billion for equipment and transportation. House Report 114-537 associated with the National Defense Authorization Act for Fiscal Year 2017 included a provision for GAO to review U.S. assistance to the ANDSF, including equipment. In this report, GAO describes key equipment--weapons and equipment DOD considers critical to the missions of the ANDSF--that DOD and State have funded for the ANDSF. GAO collected and analyzed agency data, reviewed agency documents and reports, and interviewed agency officials.