FDA Has Encouraged Development, but Needs to Clarify the Role of Draft Guidance and Develop Qualified Infectious Disease Product Guidance

Each year, over 2 million Americans get sick from bacterial infections that are resistant to antibiotics, and at least 23,000 die as a result. There has also been a steady decline in the development of new antibiotics since the 1980s—raising concerns that there may not be enough new antibiotics to replace those that have become ineffective.

In response, the FDA has encouraged drug companies to develop new antibiotics through incentives, such as expediting its review of these drug applications. However, we found that drug companies needed more information on how to use these incentives—and recommended that the FDA provide this guidance. 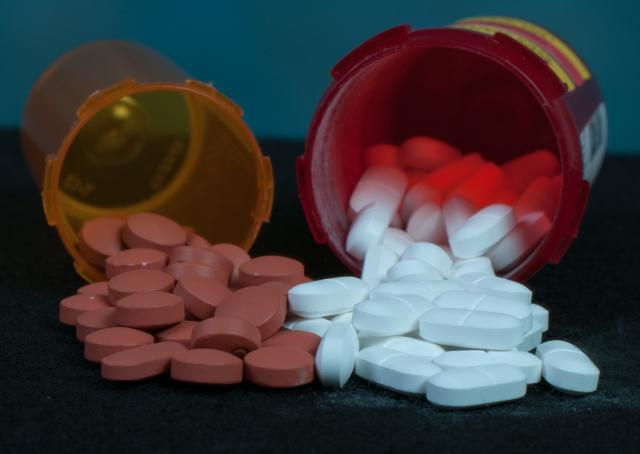 The Food and Drug Administration (FDA) released updated or new guidance for antibiotic development, and used the qualified infectious disease products (QIDP) designation to encourage the development of new antibiotics. As of August 2016, FDA, an agency within the Department of Health and Human Services (HHS), had coordinated the release of 14 updated or new guidance documents on antibiotic development, in compliance with Generating Antibiotic Incentives Now (GAIN) provisions of the Food and Drug Administration Safety and Innovation Act of 2012. However, half of these guidance documents remain in draft form. The GAIN provisions required FDA to review and, as appropriate, revise guidance documents related to antibiotics, in part to ensure that they reflected scientific developments. FDA used the QIDP designation and its incentives, created under the GAIN provisions, to encourage drug sponsors to develop new antibiotics. Incentives available under the QIDP designation include eligibility for fast track designation—which allows drug sponsors to have increased interaction with FDA and allows FDA to review portions of sponsors' applications as they come in rather than waiting for a complete application. FDA granted 101 out of 109 requests for the QIDP designation from July 2012, when the designation was created, through December 2015. FDA also approved six drugs with the QIDP designation for market in the United States.

The 10 drug sponsors in GAO's study said that GAIN has facilitated FDA's review of their drug applications, and 8 said they experienced increased communication with FDA due to the agency's implementation of GAIN and general commitment to supporting the development of new antibiotics. However, several were uncertain whether they could rely on FDA's draft guidance or were concerned about the lack of guidance describing the QIDP designation and its requirements. For example, 2 drug sponsors expressed concern about the role of FDA's draft guidance. A third sponsor said it would be helpful if certain draft guidance was finalized. Five additional drug sponsors in GAO's study stated that written guidance from FDA related to the QIDP designation and its incentives, such as the process for obtaining fast track designation for a QIDP-designated application, would help them to better understand the requirements and its associated benefits. FDA released some of its updated guidance documents in draft form on its website, in response to GAIN, which indicated that they were intended for comment purposes only, not for implementation, and would represent the agency's current thinking “when finalized.” While these draft guidance documents can include updated information, it is unclear if the new information represents FDA's current thinking on a topic or if the purpose of the draft guidance is limited to generating public comment. Internal control standards for the federal government on information and communication state that sharing quality information with external parties is necessary to achieving an entity's objectives. The lack of clarity on the role of draft guidance for and the lack of written guidance on the QIDP designation create uncertainty for drug sponsors about how much reliance they should place on these draft documents and could diminish the likelihood that drug sponsors apply for the designation because they do not fully understand its requirements and benefits.

Antibiotics have long played a key role in treating infections, but this role is threatened by growing resistance to existing antibiotics and the decline in the development of new drugs. FDA oversees the approval of drugs for the U.S. market. The GAIN provisions created the QIDP designation and its associated incentives to encourage the development of new drugs to treat serious or life-threatening infections.

While it is too soon to tell if GAIN has stimulated the development of new drugs, GAO was asked to provide information on FDA's efforts to implement GAIN. This report examines (1) steps FDA has taken to encourage the development of antibiotics since GAIN, and (2) drug sponsors' perspectives on FDA's efforts. GAO analyzed FDA data on requests for the QIDP designation from July 2012 through December 2015 (the most recent data available at the time of GAO's review), and on drugs approved with this designation during the same time frame. GAO reviewed relevant FDA guidance documents and internal controls. GAO interviewed FDA officials and obtained information from a nongeneralizable selection of 10 drug sponsors about FDA efforts.