Climate assessments predict that floods and other extreme weather events will become more common and intense, putting coastal areas—which are home to more than half of the U.S. population—at risk. The wetlands, marshes, and mangroves that usually help protect coastal communities are also vulnerable.

The National Oceanic and Atmospheric Administration provides funding, training, and other assistance to help states assess and prepare their coastal zones for sea-level rise and other effects of climate change. We surveyed the coastal managers in the 23 states with such coastal zones and found that they're generally satisfied with NOAA's support. 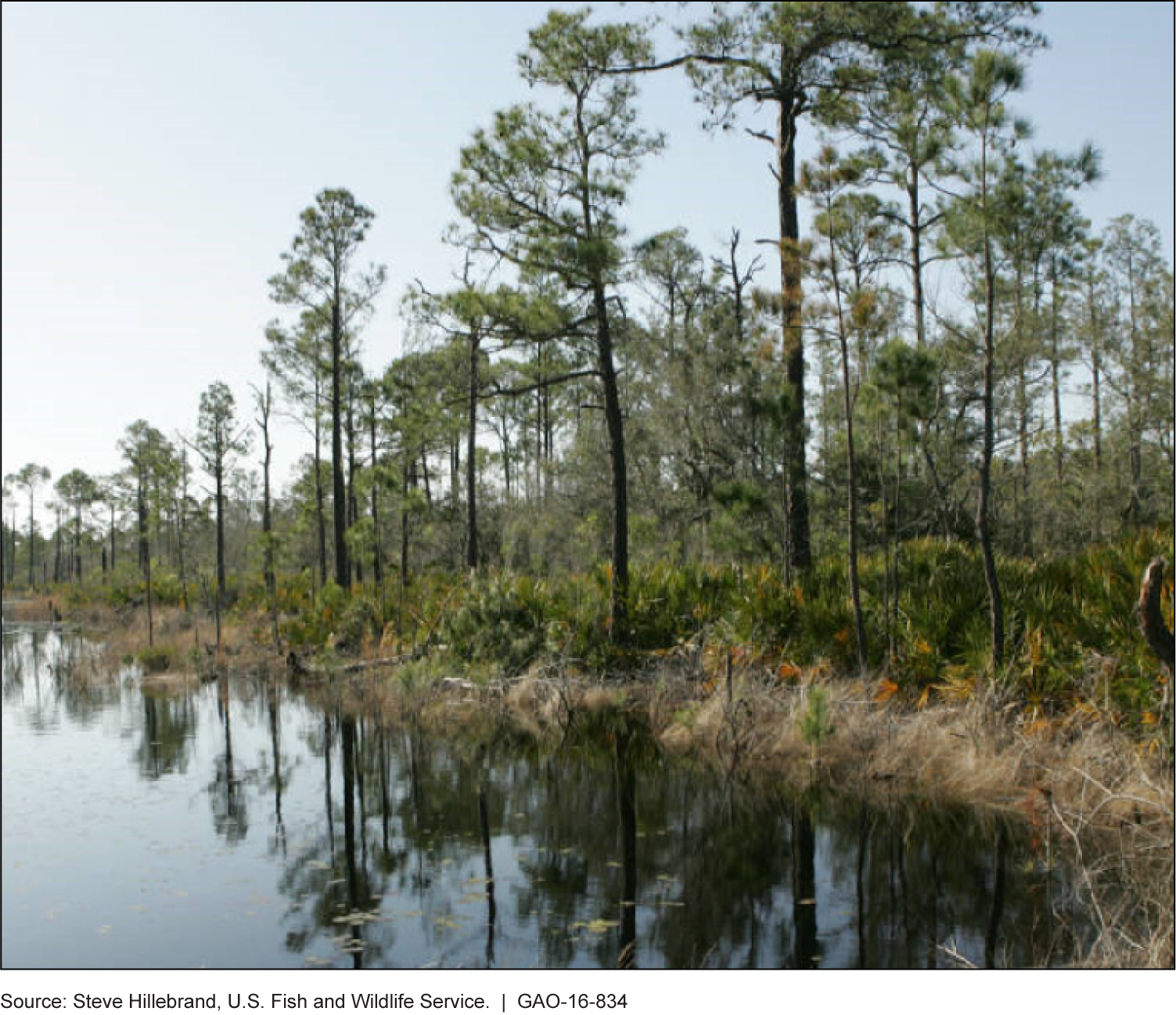 The Department of Commerce's National Oceanic and Atmospheric Administration (NOAA) is taking a variety of actions to support states' efforts to make their marine coastal ecosystems more resilient to climate change, and states generally view NOAA's actions as positive steps. The Coastal Zone Management Act (CZMA) provides a foundation for managing these ecosystems and partnering with states to work towards the agency's goals of achieving resilient coastal communities and healthy coastal ecosystems, according to NOAA officials. Through the federal-state partnership established under the CZMA, GAO found that NOAA has taken actions, including:

Coastal areas—home to over half of the U.S. population—are increasingly vulnerable to catastrophic damage from floods and other extreme weather events that are expected to become more common and intense, according to the 2014 Third National Climate Assessment. This assessment further indicated that less acute effects from changes in the climate, including sea level rise, could also have significant long-term impacts on the people and property along coastal states. Marine coastal ecosystems—including wetlands and marshes—can play an important role in strengthening coastal communities' resilience to the impacts of climate change, such as protecting eroding shorelines from sea level rise. Under the CZMA, NOAA is responsible for administering a federal-state partnership that encourages states to balance development with the protection of coastal areas in exchange for federal financial assistance and other incentives.

GAO was asked to review federal efforts to adapt to potential climate change effects on coastal ecosystems. This report provides information about NOAA's actions to support states' efforts to make marine coastal ecosystems more resilient to the impacts of climate change and states' views of those actions. GAO reviewed the CZMA and relevant NOAA policies and guidance; interviewed officials from NOAA headquarters and six regional offices; and conducted structured interviews with officials from the 25 state coastal zone management programs in all 23 marine coastal states.