The United States and other countries have signed on to the World Trade Organization's Government Procurement Agreement and 20 free trade agreements that could allow suppliers to compete worldwide for government businesses.

We compared the relevant provisions of 6 major trade agreements and found that they generally require trading partners to be on the same page about transparency, procedures, and decision-making in government purchasing. The WTO agreement also generally provides more access to government markets than the other trade agreements we reviewed. 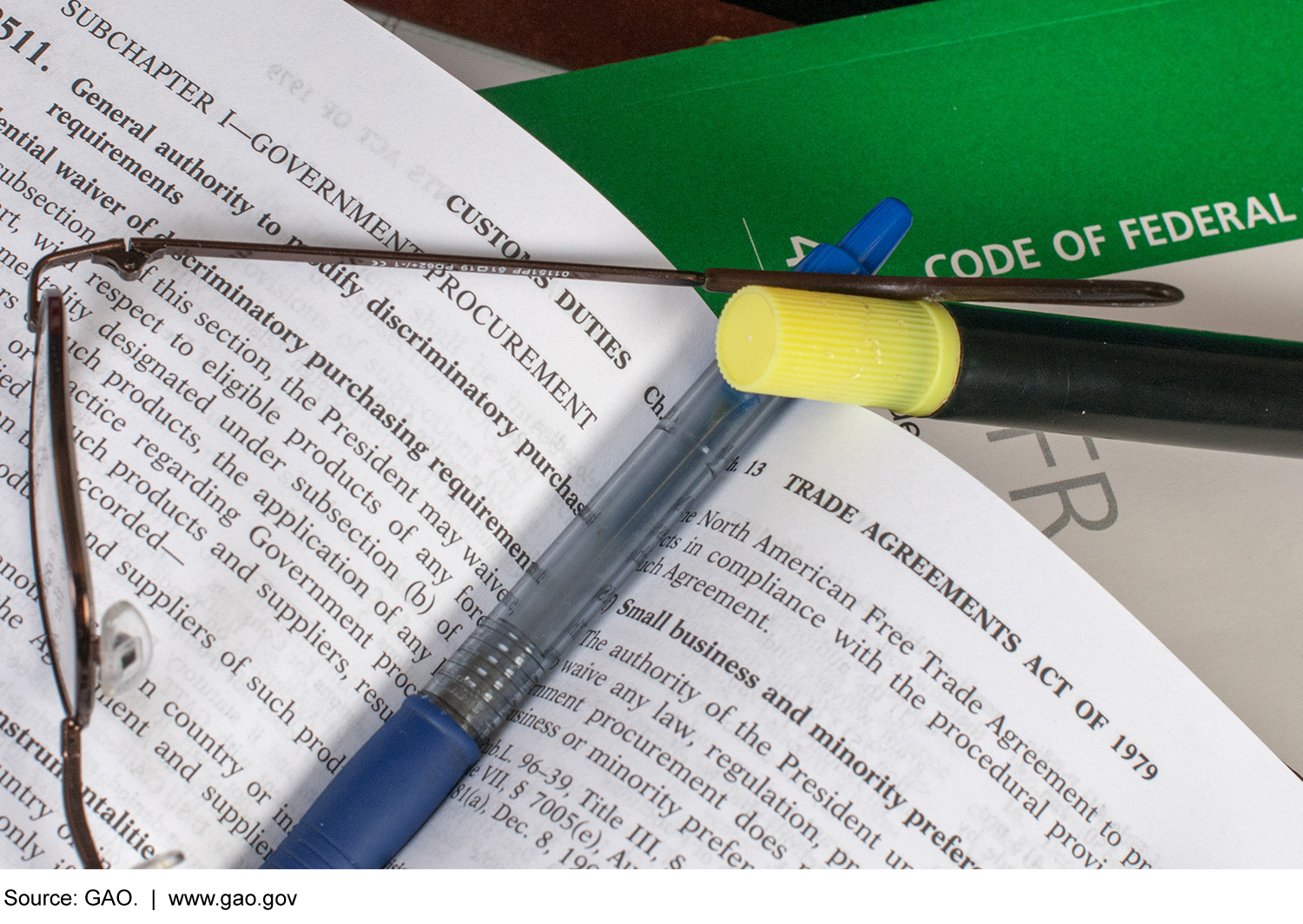 Photo of books on federal regulations, a pen, glasses, and highlighter.