As required by the Digital Accountability and Transparency Act of 2014 (DATA Act), the Office of Management and Budget (OMB) and the Department of the Treasury (Treasury) issued definitions for 57 federal spending data elements. GAO found that most definitions adhered to leading practices derived from international standards for formulating data definitions. Specifically, 12 of the 57 definitions met all 13 leading practices and none met fewer than 9. However, GAO found several definitions that could lead to inconsistent reporting. For example, as shown in the figure below, the Primary Place of Performance definitions’ inclusion of the word “predominant“ leaves much open to interpretation. Without more interpretive clarification, agencies run the risk of reporting data that cannot be aggregated government-wide. 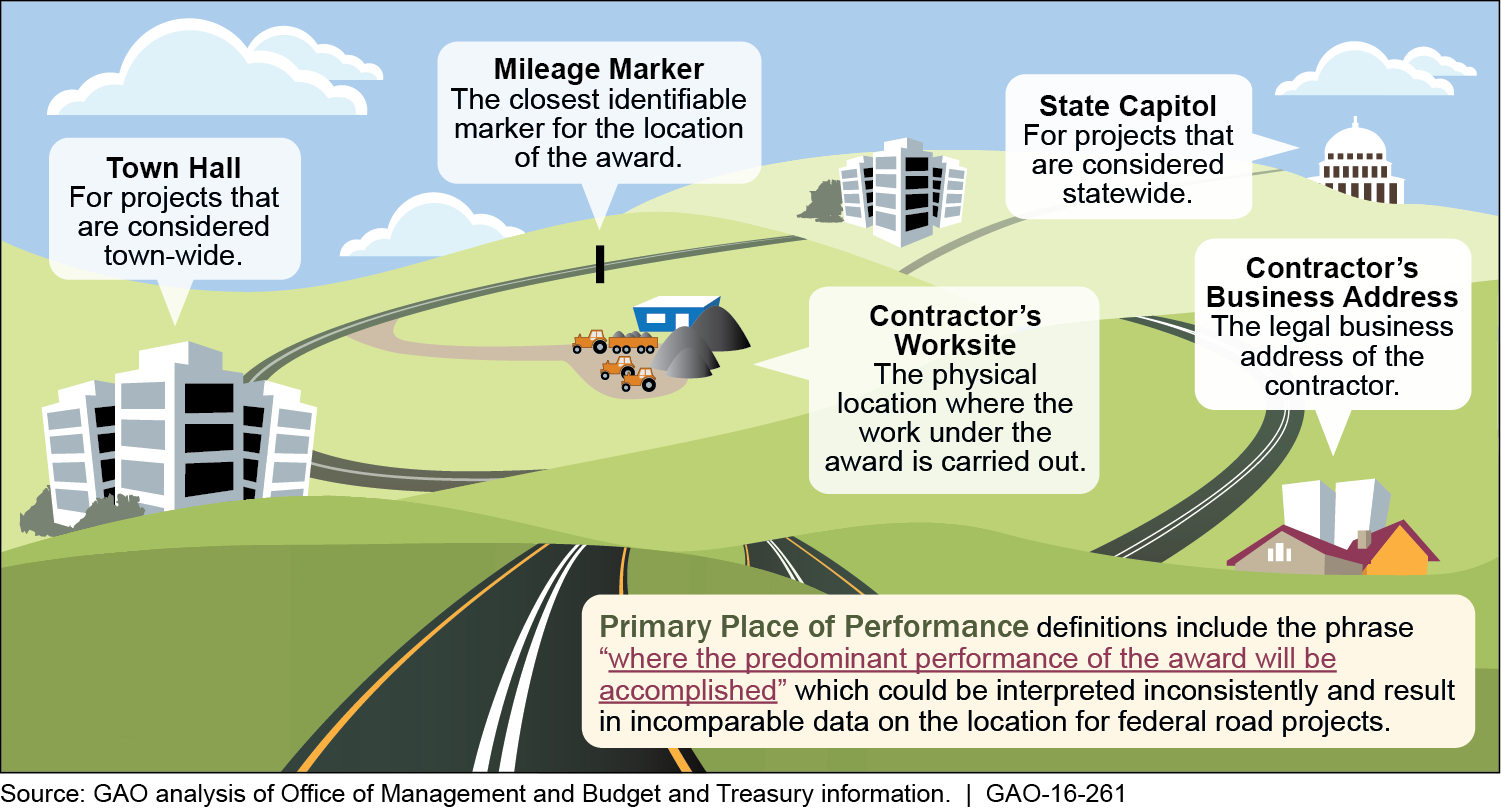 GAO found that the three agencies it reviewed—the Departments of Agriculture and Health and Human Services, as well as the Corporation for National and Community Service—have formed internal teams and are inventorying their data and assessing any needed changes to policies, processes, and technology to implement the DATA Act.

This report (1) identifies steps taken by OMB and Treasury to standardize data element definitions and the extent to which those definitions are consistent with leading practices or face challenges that could affect data quality; (2) reviews efforts by OMB and Treasury to provide agencies with technical implementation guidance and related challenges; and (3) examines the implementation status of selected federal agencies. GAO analyzed data standards against leading practices; reviewed key implementation documents, technical specifications, and applicable guidance; and interviewed staff at OMB, Treasury, and other selected agencies.

GAO recommends that OMB and Treasury (1) provide agencies with clarifications to address potential quality issues with the definitions, and (2) take steps to align the release of finalized technical guidance and the broker service with agency implementation time frames. OMB and Treasury generally concurred with our recommendations.