Skip to main content
It’s the holiday season and gift-giving is in full swing. So, today we’re taking a look back at how our work for Congress keeps giving—and saving. Did you know we saved the government over $75 billion in FY18? That’s a return of about $124 for every dollar invested in us! Read on for more of our work that keeps on giving long after the holidays are over. Making a High Risk List, checking it twice 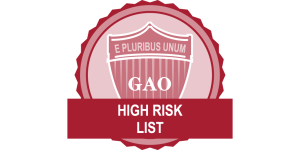 Since the early 90s, coinciding with the start of each new Congress, we’ve released our biennial list of programs and operations that are “high risk” due to their vulnerabilities to fraud, waste, abuse, and mismanagement, or are most in need of transformation. Our most recent High Risk update was in February 2017. There are now 35 High Risk areas, ranging from Enforcement of Tax Laws to Improving Federal Oversight of Food Safety, to most recently, Management of Federal Programs That Serve Tribes and Their Members and the Government-Wide Personnel Security Clearance Process. With the federal government’s $4.1 trillion in outlays funding a broad array of programs and operations in FY18, solutions to high-risk problems potentially save billions of dollars, improve service to the public, and strengthen government performance and accountability. Over the past decade, progress to address our High Risk list has accounted for over $288 billion in such savings. Our 2019 High Risk list will be released this coming February. ‘Tis the Tax Filing Season 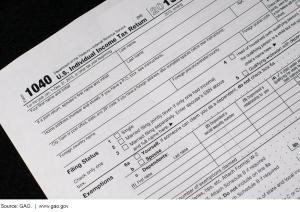 For more than 30 years, we have reported annually on how well IRS provided service to taxpayers and processed their tax returns during the filing season. Along the way, we have made dozens of recommendations leading to savings of hundreds of millions in taxpayer dollars and improved taxpayer service. A happy and (fiscally) healthy new year Each year we issue an update on the nation’s fiscal health. Our report discusses significant changes to the nation’s fiscal condition during the prior fiscal year, long-term simulations of the federal debt, and fiscal risks placing additional pressure on the federal budget. We also identify steps that federal agencies can take to improve things, such as eliminating duplication, overlap, and fragmentation in federal programs. Our new fiscal health report will be issued in early 2019. Check out our February 2018 video explaining the nation’s financial condition and future, and ways to improve it. Agencies’ Wish Lists Our three "Quick Look" reports on major acquisition programs at NASA, the Department of Homeland Security, and the Department of Defense include quick, graphics-rich, 1- or 2-page analyses of the most expensive items on those agencies' wish lists, including big toys like submarines, fighter jets, and space rockets. And our Quick Looks keep giving—we issue updates each year. Last year, we gave DHS a candy cane for strengthening its portfolio management policies, but we told DOD it had better watch out as new programs begin to enter the production phase where costs are most likely to grow. 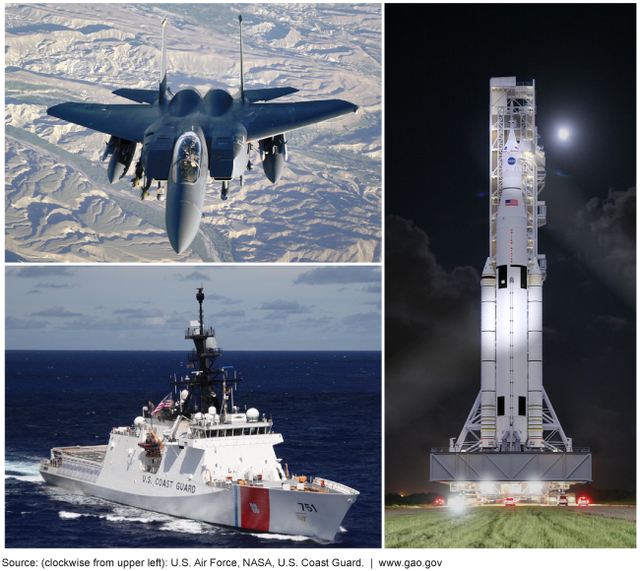 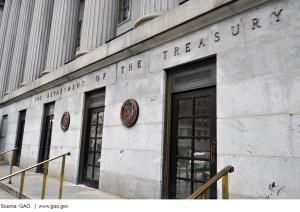 We report yearly on the status of unwinding the government’s assistance to the financial sector during the 2007–2009 financial crisis. Just over 10 years ago, Congress responded to turmoil in the financial markets by creating the Troubled Asset Relief Program. Through TARP, the Treasury Department disbursed a total of $440 billion—including $245 billion in capital investments to banks—to help stabilize the financial system, restore economic growth, and mitigate foreclosures. Our work not only helps provide transparency and accountability of TARP, but more importantly, we saw the implementation of a GAO recommendation that resulted in billions of cost savings for the federal government. We also recently blogged about our past reports examining how much government money actually went to the banks. We also annually assess the impact of financial services regulations, including those put in place since the passage of the Dodd-Frank Act. Since the financial crisis, federal financial regulators have issued hundreds of rules to implement reforms intended to strengthen the financial services industry. Our blog post highlighted our recent work on how regulators have been meeting requirements to maintain a level playing field for small financial entities. Previous annual reports have covered other topics including how well agencies coordinated implementing rules to govern the financial sector and the extent to which the regulations affected the largest U.S. financial institutions.
Read the post