As students return to school, some are facing more challenges than just catching the bus and doing homework. Today, the WatchBlog is testing your knowledge of some of the issues affecting the well-being of the nation’s school-age children.

Are kids adjusting to the new, healthier meals offered in schools?

The short answer is that it’s too soon to tell. We’ve been monitoring changes to school food over the last several years and have found some hurdles. For example, state and local school officials have told us that students aren’t thrilled with the more nutritious meals, increasing “plate waste”—taking required foods, then not eating them.

While some evidence suggests students are becoming more accepting of the healthier fare, we also found fewer students choosing to participate in the lunch program—a trend that has yet to reverse, and a sign that there’s still more work to be done. 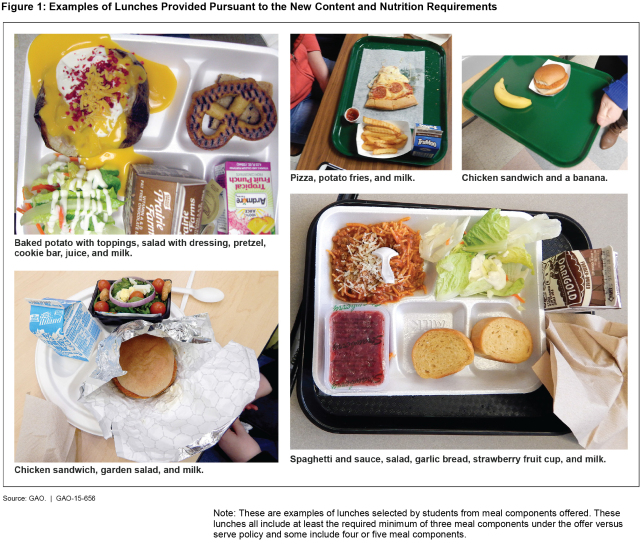 Do all public middle and high schools offer algebra?

For a significant segment of schools, the answer appears to be “not always.” We found that schools with high concentrations of poor, Black, and Hispanic students offer fewer algebra, geometry, and calculus courses as compared to other schools. We found similar results for some science and Advanced Placement, or AP, courses.

Students in these high-poverty and high-minority schools are also disproportionately disciplined and held back in 9th grade. These trends have increased over time. 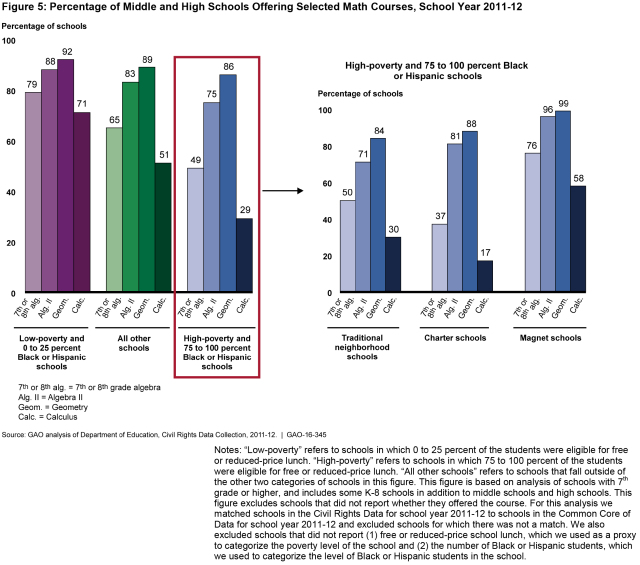 How do students who attend Bureau of Indian Education schools fare?

We also found a host of other issues with Bureau of Indian Education schools themselves—such as deteriorating facilities, serious lapses in school safety, and lack of accountability for school spending, resulting in misuse of education funds.

Are schools equipped to handle emergencies?

In the event of a tornado, fire, hurricane, active shooter, or other emergency, we found that most schools know what to do. In fact, 32 states reported that they require their school districts to have emergency operations plans in place. While most states and districts have a plan, we also found that federal agencies involved in school-related emergency planning could do better to coordinate their efforts. 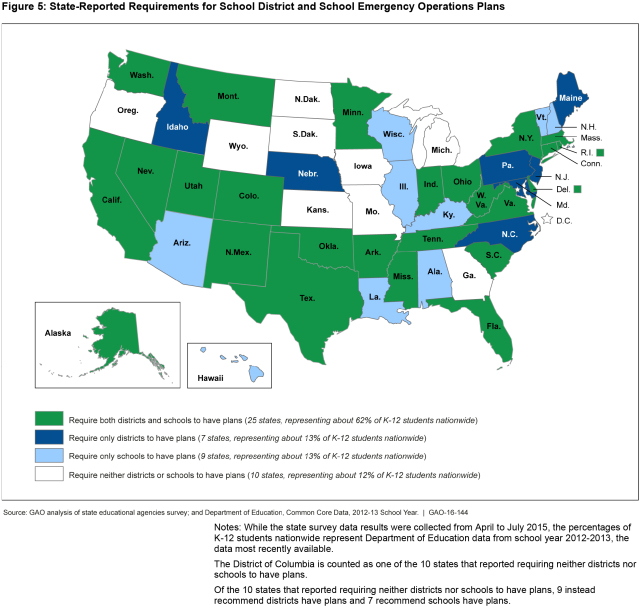