Skip to main content
On December 17th, 1903, two brothers took to the skies. Orville and Wilbur Wright’s 12-second inaugural flight near Kitty Hawk, North Carolina launched a revolution that would affect everything from war to commerce to vacations. For National Aviation Day—established by FDR and celebrated on Orville Wright’s birthday—we look at the vehicles of air travel and the people who collaborate and contribute to the dream of flight. It started with just two people on the dunes but now, over 100 years later, will there be enough people to build and maintain aircrafts and fly them? From sketch to sky The airplanes of today are very different from the Wright Flyer of 1903. The Wright Brothers functioned as the primary designers, builders, and pilots of their crafts, but modern aircrafts require the skills of a variety of people. 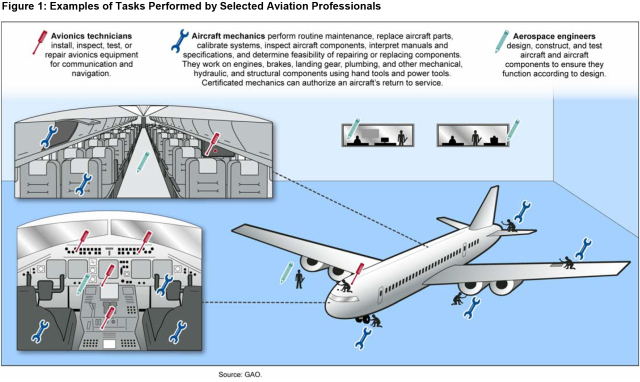 But there’s concern within the aviation industry that there won’t be enough of these people working in the industry in the future. While some data suggest that the number of people receiving training related to aviation is increasing, it’s unclear how many of these people will ultimately enter the aviation industry. Aviation professionals require knowledge of (among other things) civil, electrical, chemical, and aerospace engineering—skills that are in high demand in many other fields. 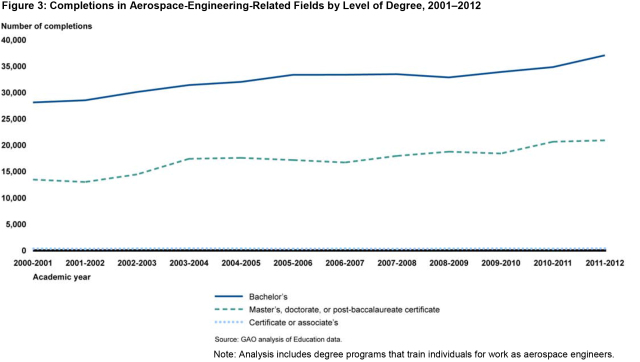 A captain for every ship? The aviation industry is also worried about having enough pilots in the future, based on: Over the next decade, the Bureau of Labor Statistics projects a need for roughly 1,900 to 4,500 pilots per year. To help address potential vacancies, airlines could: But the airline industry may not be in a position to pursue these options.  Recessions, bankruptcies, and mergers have curtailed its growth. Moreover, the future of flight includes commercial space activities, drone operations, and other emerging technologies, which could compete for the same workforce needed by traditional aviation. In order to keep the spirit of Orville and Wilbur Wright alive, and their invention aloft, the industry needs to entice a new generation to take to the skies. To learn more about the people who make flying possible, read our reports on the current and future availability of aviation professionals and airline pilots.
Read the post