Friday, August 19 is World Humanitarian Day, designed to increase the public’s awareness about humanitarian assistance and honor humanitarian personnel (including those who lost their lives in the cause of duty).

In anticipation of tomorrow’s World Humanitarian Day, the WatchBlog looks at federal efforts to support humanitarian assistance for people affected by the conflict in Syria. 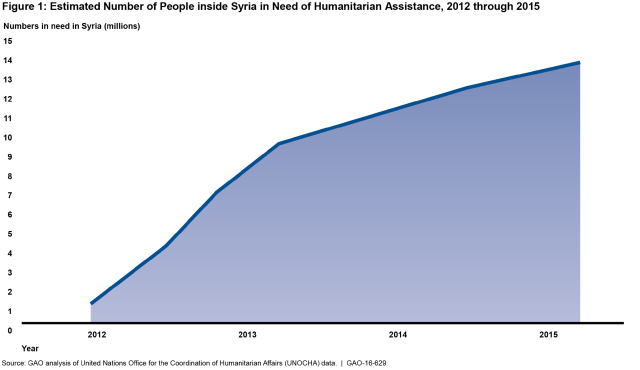 The U.S. Agency for International Development and the State Department provide humanitarian assistance to people affected by the Syrian conflict. However, due primarily to security restrictions, USAID and State coordinate these activities remotely from Jordan and Turkey.

A difficult and dangerous operating environment

The UN reported that, as of May 2016, 4.6 million people inside Syria are located in hard-to-reach areas and more than 500,000 of those remain besieged by ISIS, the government of Syria, or non-State armed opposition groups. In these areas, humanitarian access is heavily restricted or denied outright, leading to malnutrition, poor sanitation, lack of medical care, and increased risk of infectious disease.

The complexity of the conflict and the number of armed groups in Syria has also increased over the past 5 years—something USAID and State’s implementing partners must regularly contend with as they try to deliver aid through shifting battle lines. 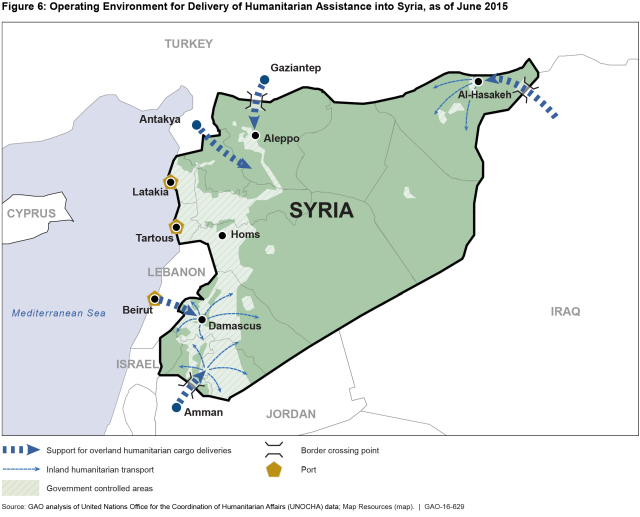 Humanitarian groups are also faced with indiscriminate aerial bombardment by government forces and haphazard shelling by armed opposition groups. For example, there are frequent instances of gunfire, car bombs, barrel bombs, rocket strikes, and mortar attacks near aid facilities, and these organizations must constantly assess the safety of planned delivery routes.

Despite the challenges and risks, humanitarian organizations are still trying to reach those in need inside Syria. As of February 2016, U.S. government assistance reportedly reached 4 million people inside Syria every month, helping support activities related to food, shelter, health, sanitation, and education. 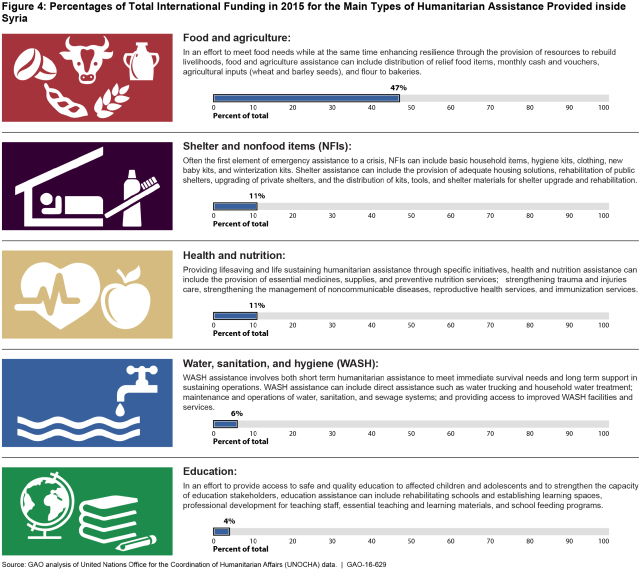 The challenges of providing humanitarian assistance in a conflict zone, as well as State and USAID’s inability to directly monitor their programs inside Syria, call for rigorous financial oversight, such as identifying and responding to fraud risks.

We made 4 recommendations to improve the financial oversight of U.S. programs providing humanitarian assistance to people inside Syria. To learn more about our recommendations, as well as the work being done by federal agencies and their implementing partners, check out the full report.