Skip to main content
Spare parts. Every military service—the Army, Navy, Air Force, and Marine Corps—has them, and they’re crucial to ensuring that complicated and expensive weapons systems work when needed. There are also a lot of them—as of September 2014, the Department of Defense managed about 5 million of these items, worth nearly $100 billion. The Defense Logistics Agency is DOD’s go-to entity for managing spare parts. But are the military services taking advantage of what DLA has to offer? The DOD Depot DOD has 17 service depots across the country that repair and overhaul vehicles and other military equipment. Their on-site warehouses also serve as convenient locations to store the inventory for those repairs. The services managed these warehouses themselves for years, ordering spare parts from DLA when their own stocks ran low. However, in 2005, all this started to change. 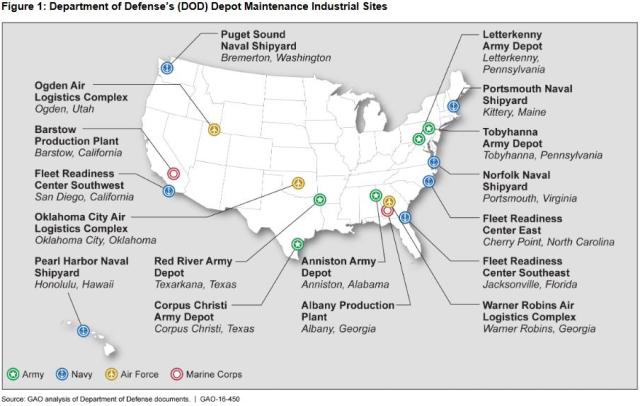 Under new management That's when Congress conducted the biggest and most expensive round of Base Realignment and Closure in history. While previous rounds focused on reducing DOD’s footprint, the 2005 round transferred the responsibility for managing the depots’ supply, storage, and distribution to the Defense Logistics Agency. The goal was to reduce excess inventory, streamline the distribution of parts, and ultimately save the DOD money. But it was up to each military service to work with DLA to implement this transfer. And given the problems we’ve found with past BRAC rounds, we wondered how well this depot management change would be implemented. Mixed results We found that the Air Force complexes and Navy aviation centers embraced the change and allowed DLA to handle most of their inventory management functions. The Army and Marine Corps depots and Navy shipyards, however, did not. 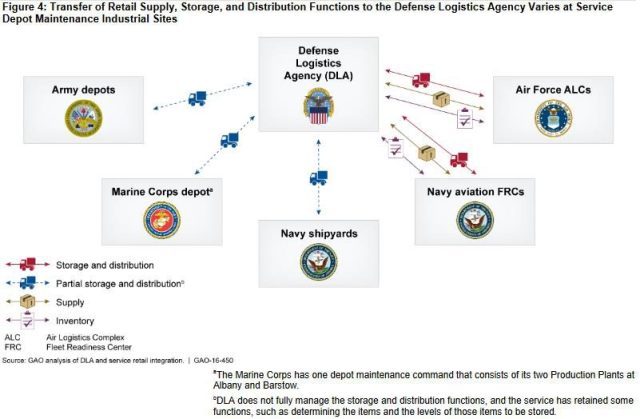 We visited 7 of the 17 service depots and saw firsthand the benefits of embracing DLA’s support. For example, the Air Force reduced both on-hand spare parts and the number of backorders, and Navy aviation also reduced its backorders in fiscal year 2015.

Meanwhile, the Army and Marine Corps depots and Navy shipyards didn’t welcome the handoff of inventory functions to DLA, and have yet to see some of the benefits. Still, all is not lost—the Army has already begun working on our recommendation to conduct a cost-benefit analysis of transferring additional inventory functions to the Defense Logistics Agency. To learn more about the handoff, including what we recommended to DOD on how to make its supply chain more efficient, check out the full report.
Read the post NASA has released the first public images from the James Webb Space Telescope, which launched on...
Read the post

How Gaps in Weather Satellite Data Could Affect You

Heck of a lot of weather we’re having lately, with the polar vortex and record cold temperatures...