Skip to main content
Increasing carbon dioxide levels in the atmosphere and oceans are resulting in chemical changes known as “ocean acidification.” These changes may pose risks for some marine species and ecosystems, as well as for the coastal communities that rely on them for food and commerce. For World Oceans Day, we explore ocean acidification, its potential effects, and federal efforts to track and reverse its course. How it happens Scientists estimate that the oceans have absorbed about 30% of the carbon dioxide emitted by humans over the past 200 years. As the amount of carbon dioxide in the atmosphere increases, the oceans absorb more of it. It then reacts with the water to form carbonic acid. As a result, the average acidity of surface ocean water has increased by about a quarter since the 1700s. 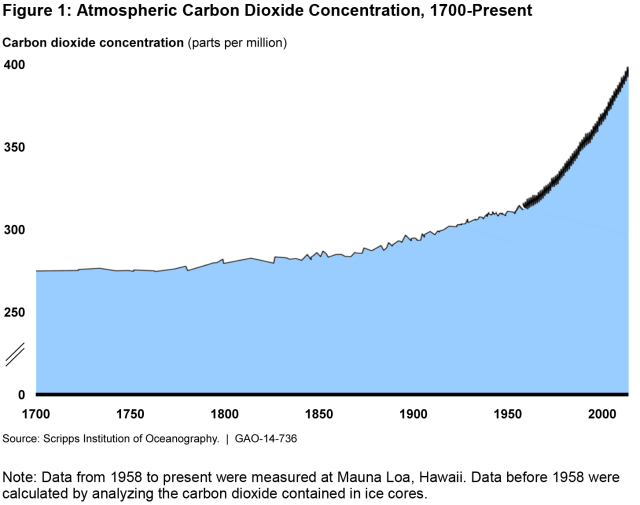 In addition to increasing acidity, the higher levels of carbon dioxide in the oceans cause chemical reactions that reduce what is known as the “saturation state” of certain calcium carbonate minerals. Lower “saturation states” mean some marine life will need to use more energy to build shells or skeletons.

So what does ocean acidification mean for marine species, ecosystems, and coastal communities? 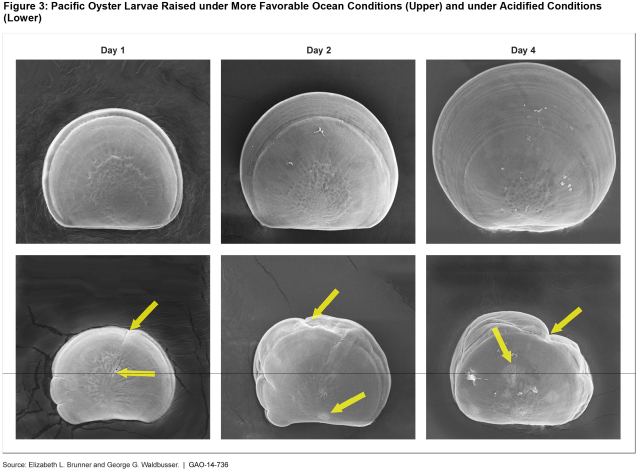 However, the scientific understanding of these effects is still developing, and there’s uncertainty about their scope and severity. For example, can species adapt to changes in ocean chemistry?  One study we reviewed noted that it might be possible for some coral species to evolve a mechanism that would enable them to calcify at normal rates even in waters with lower carbonate ion concentrations, although this type of adaptation has not been documented in coral.

Federal efforts The Federal Ocean Acidification and Monitoring Act directed the National Oceanic and Atmospheric Administration and other federal agencies to take a number of steps to address ocean acidification. For example, NOAA and other agencies have However, when we examined what the agencies were doing, we found they had yet to complete other steps required by the act, including clearly defining each agency’s role in implementing the research and monitoring plan. We made 4 recommendations to improve the overall federal response to ocean acidification. To learn more about our recommendations, as well as the studies we reviewed and the work being done by federal agencies, check out the full report.
Read the post

Federal Spending Data Quality—Is This As Good As It Gets? Auditors Say It Can Be Better The Freedom of Information Act (FOIA) establishes a legal right for individuals and organizations to...