Skip to main content
The latest report from the World Health Organization says the Zika virus has been implicated in the death of a baby in Panama, the first case of birth defects likely associated with the virus in that country. Our Chief Scientist Tim Persons recently testified before Congress on the Zika virus. Today’s WatchBlog shares what he said about the disease, how it spreads, and the options available to individuals and nations to try to stop it from spreading. What is Zika virus? [3/24: The description of the link between Zika and microcephaly was edited for clarity.] Zika is the latest in a string of rapidly emerging infectious diseases—but it’s not new. It was first identified in Uganda’s Zika Forest in the 1940s. Over the following decades, it moved eastward through the Pacific Islands until it reached Brazil. While the disease can cause fever, rash, and joint pain, most people infected with Zika will have no symptoms. Researchers estimate that in previous outbreaks, up to 80% of those infected were asymptomatic. However, in pregnant women, Zika is suspected to cause microcephaly in newborns—significantly smaller heads that can lead to infant mortality. Zika has also been linked to Guillain-Barré syndrome in infected adults, though that link hasn’t been firmly established. 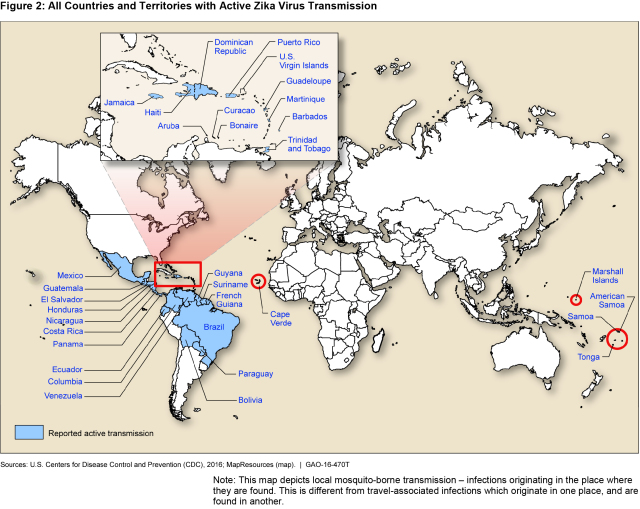 Can I catch it? Zika is mainly spread by mosquito, primarily the aedes aegypti mosquito, which also spreads dengue and other diseases. The mosquitoes that spread Zika tend to be in the southeastern part of the United States. There have also been reports of Zika being transmitted through sexual activity. 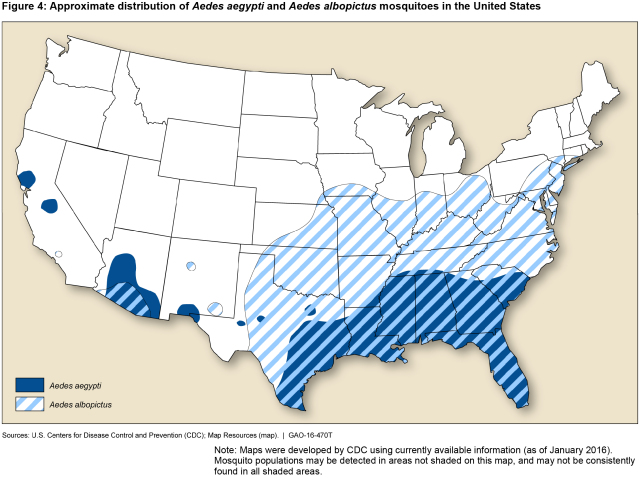 As of March 16, the CDC has reported 258 cases of Zika in the continental United States. Of these cases, 18 are in pregnant women and 6 were sexually transmitted. All of those people contracted the disease while traveling outside of the United States. However, there have been 283 locally-acquired cases and 3 travel-related cases in the U.S. territories, including American Samoa, the U.S. Virgin Islands, and Puerto Rico. But exact information on where Zika is and how it spreads is incomplete. One of the issues is that that there are no reliable diagnostic tests for the disease. Doctors can diagnose people based on their symptoms or by examining antibodies their blood. Since most people infected with Zika are asymptomatic, they may not see their doctors and, even if they do, their doctors may not examine their blood. Options to stop it NIH officials have reported that a Zika virus disease vaccine may be developed within 3-4 years, but we believe it is likely to take longer. For example, NIH was ambitious in their predictions for developing a vaccine for dengue virus. Pre-clinical development began in 1999, and NIH is still in Phase III clinical trials for the vaccine. Until then, mosquito control is the best method to address the spread of Zika. This includes removing or treating standing water where mosquitoes breed, and spraying insecticides. Some have also proposed releasing genetically-modified mosquitoes that are engineered with a “lethal gene” that kills mosquito larvae. Zika is not the first disease to hit our shores; nor will it be the last. We’ve made recommendations to help the nation better prepare for and respond to such outbreaks. To learn more, check out our full testimony and our work on infectious diseases both here and abroad.
Read the post