Several companies may be selling health insurance in a given market, but, as we previously reported, most people usually enroll with one of a small number of insurers. Known as market concentration, this can result in higher premiums due to less competition in the market.

We found this pattern continued in 2019 and 2020, with the markets for individuals and for small employers generally becoming more concentrated. Specifically, three or fewer health insurers held at least 80% of the market share for both of these markets in at least 42 states. 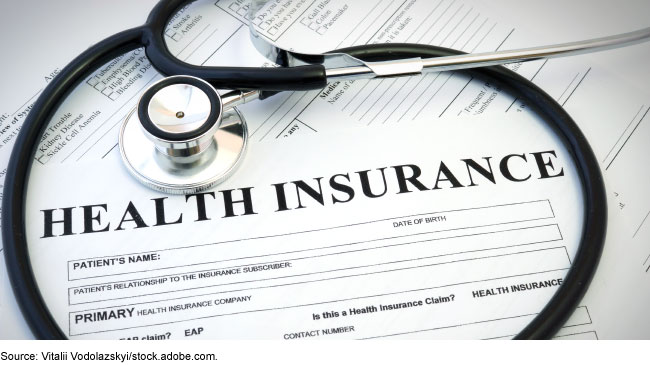 In November 2020, GAO reported that, from 2010 through 2018, enrollment in private health insurance plans was concentrated, meaning a small number of issuers of those plans enrolled most of the people in a given market. Specifically, GAO considered a market concentrated in a state if three or fewer issuers held at least 80 percent of that market. GAO examined the individual (coverage sold directly to individuals), small group (coverage offered by small employers), and large group (coverage offered by large employers) markets and found that this pattern continued in 2019 and 2020. Specifically:

Number of States, including the District of Columbia, Where the Three Largest Issuers Had at Least 80 Percent of Enrollment, by Market, 2011-2020

GAO found similar patterns of high concentration across individual market exchanges. Exchanges, which are marketplaces where consumers can compare and select among insurance plans offered by participating issuers, were established by the Patient Protection and Affordable Care Act (PPACA). From 2015 through 2020, most states' exchanges were concentrated and became more concentrated over time. This was often because the number of issuers decreased or the existing issuers increased their market share within a state. In 2020, the exchanges were concentrated in all states.

Individuals have various options for obtaining private health insurance, including through the individual, small group, and large group markets. A concentrated health insurance market may indicate less issuer competition and could affect consumers' choice of issuers and the premiums they pay for coverage.

GAO determined market share in each of the three overall markets using enrollment data from 2019 and 2020 that issuers are required to report to the Centers for Medicare & Medicaid Services (CMS). GAO determined market share in the individual market exchanges in 2018, 2019, and 2020 using enrollment data from CMS. For all analyses, GAO used the most recent data available at the time of its review.