A for-profit college can be converted into a nonprofit college if it's sold to a tax-exempt organization and the Education Department approves the conversion.

In about a third of cases we identified, college owners or officials held leadership roles in the college's tax-exempt buyer. If that is the case, they aren't allowed to use their influence to inflate the college's sale price or otherwise improperly benefit from the conversion. 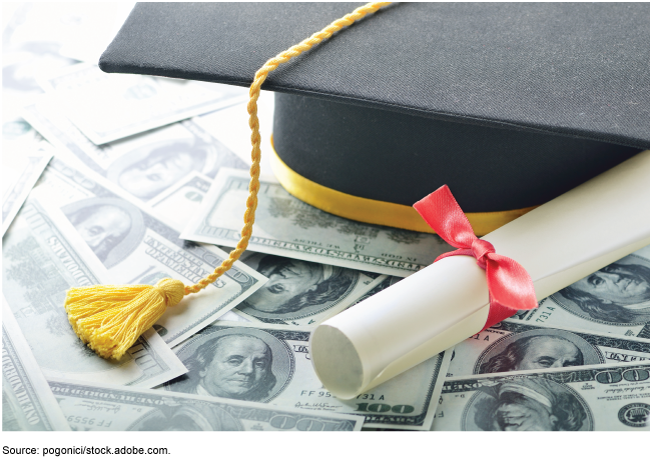 GAO identified 59 for-profit college conversions that occurred from January 2011 through August 2020, almost all of which involved the college's sale to a tax-exempt organization. In about one-third of the conversions, GAO found that former owners or other officials were insiders to the conversion—for example, by creating the tax-exempt organization that purchased the college or retaining the presidency of the college after its sale (see figure). While leadership continuity can benefit a college, insider involvement in a conversion poses a risk that insiders may improperly benefit—for example, by influencing the tax-exempt purchaser to pay more for the college than it is worth. Once a conversion has ended a college's for-profit ownership and transferred ownership to an organization the Internal Revenue Service (IRS) recognizes as tax-exempt, the college must seek Department of Education (Education) approval to participate in federal student aid programs as a nonprofit college. Since January 2011, Education has approved 35 colleges as nonprofit colleges and denied two; nine are under review and 13 closed prior to Education reaching a decision.

Figure: Example of a For-Profit College Conversion with Officials in Insider Roles

IRS guidance directs staff to closely scrutinize whether significant transactions with insiders reported by an applicant for tax-exempt status will exceed fair-market value and improperly benefit insiders. If an application contains insufficient information to make that assessment, guidance says that staff may need to request additional information. In two of 11 planned or final conversions involving insiders that were disclosed in an application, GAO found that IRS approved the application without certain information, such as the college's planned purchase price or an appraisal report estimating the college's value. Without such information, IRS staff could not assess whether the price was inflated to improperly benefit insiders, which would be grounds to deny the application. If IRS staff do not consistently apply guidance, they may miss indications of improper benefit.

Education has strengthened its reviews of for-profit college applications for nonprofit status, but it does not monitor newly converted colleges to assess ongoing risk of improper benefit. In two of three cases GAO reviewed in depth, college financial statements disclosed transactions with insiders that could indicate the risk of improper benefit. Education officials agreed that they could assess this risk through its audited financial statement review process and could develop procedures to do so. Until Education develops and implements such procedures for new conversions, potential improper benefit may go undetected.

A for-profit college may convert to nonprofit status for a variety of reasons, such as wanting to align its status and mission. However, in some cases, former owners or other insiders could improperly benefit from the conversion, which is impermissible under the Internal Revenue Code and Higher Education Act of 1965, as amended.

GAO was asked to examine for-profit college conversions. This report reviews what is known about insider involvement in conversions and to what extent IRS and Education identify and respond to the risk of improper benefit. GAO identified converted for-profit colleges and reviewed their public IRS filings. GAO also examined IRS and Education processes for overseeing conversions, interviewed agency officials, and reviewed federal laws, regulations and agency guidance. GAO selected five case study colleges based on certain risk factors, obtained information from college officials, and reviewed their audited financial statements. In three cases, GAO also reviewed Education case files. Because of the focus on IRS and Education oversight, GAO did not audit any college in this review to determine whether its conversion improperly benefitted insiders.

GAO is making three recommendations, including that IRS assess and improve conversion application reviews and that Education develop and implement procedures to monitor newly converted colleges. IRS said it will assess its review process and will evaluate GAO's other recommendation, as discussed in the report. Education agreed with GAO's recommendation.