The Department of Defense expects to spend more than $1.4 trillion to develop and procure its current portfolio of major weapon system programs, such as the F-35 Joint Strike Fighter and the KC-46A refueling tanker. DOD's major programs have historically come in over cost and behind schedule.

Our latest look at 9 programs found that delays and overruns might be averted through early, detailed systems engineering—a disciplined process for ensuring that program requirements can be met with available resources. 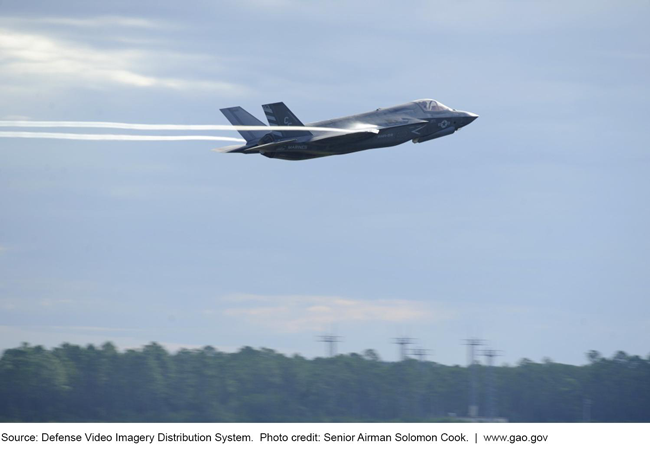 Picture of an F-35 fighter jet in flight.

GAO's analysis of nine case studies identified four factors that frame the challenge posed by a given weapon system's requirements: acquisition approach, technology status, design maturity, and system interdependency. Systems engineering is the primary means for determining whether and how that challenge can be met. It is a disciplined learning process that translates requirements into specific design features and thus identifies key risks to be resolved. GAO's prior best practices work has found that if detailed systems engineering is done early, a program can resolve such risks through trade-offs and additional investments before a program starts. A key point in systems engineering where this match can be assessed is the preliminary design. As shown below, establishing a preliminary design through early detailed systems engineering portends better program outcomes than doing so after program start.

Timing of Systems Engineering for Problematic and Successful Programs

Cost and schedule growth in DOD major defense acquisition programs persist, and some acquisition reform proponents believe such growth is due to unplanned changes in program requirements (commonly referred to as "requirements creep"). GAO found in June 2015 that cost and schedule growth are often more directly related to a lack of systems engineering, which, if done, would reduce risk by introducing discipline and rigor into the process of defining and understanding a program's initial requirements.

House Armed Services Committee Report 114-102 contained a provision for GAO to review the DOD requirements process. This report (1) identifies a framework for assessing the challenge posed by weapon system requirements and the extent of systems engineering done before product development begins; (2) illustrates the relationship between systems engineering and program outcomes; and (3) assesses implications for program oversight. GAO analyzed a non-generalizable sample of nine case studies. GAO assessed the extent to which systems engineering was conducted before development by reviewing program requirements and analyzing cost and schedule documentation for each case study. GAO also reviewed prior GAO work and interviewed DOD officials.

To support oversight and inform budget decisions, Congress should consider requiring DOD to report on systems engineering status of each major acquisition program in the department's annual budget request.