The Department of Defense’s 82 largest complex programs cost an estimated $1.69 trillion. We annually assess how DOD is managing and overseeing these major acquisition programs in our “Quick Look” reports.

In today’s WatchBlog, we discuss some of our observations from this year’s "Quick Look" at DOD. Listen to our podcast with Director Shelby Oakley, and then read on to learn about what we found.

In the past few years, we found that newer programs seemed to be doing a better job staying within budget estimates than programs had in the past. However, in this year’s assessment, we found that this trend was slipping for DOD’s major programs.

One of the primary drivers of the overall cost increase in the portfolio is that programs in this year’s portfolio are about 4 months older than last year and nearly 3 years older than in 2012. This is partly because DOD increased quantities of older systems and introduced new capabilities and upgrades by adding on to existing programs (such as with the F-35 Lightning II Joint Strike Fighter and the Virginia Class Submarine)—making these programs longer and costlier on average—instead of starting new ones.

However, this approach runs counter to a best practice—new capabilities should be structured as separate acquisition programs in order to improve transparency and accountability. 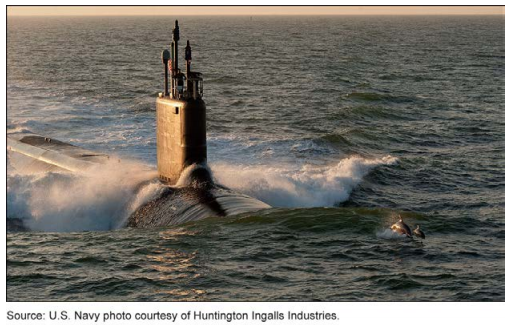 Additionally, DOD’s contracts are often awarded without full and open competition. We found that DOD did not compete 67% of its major contracts. It also awarded 47% of its contracts to 5 corporations. A competitive environment saves money, which could mean the department is overpaying for goods and services.

We’ve reported on DOD’s acquisition management for years, particularly examining how the Department’s weapons programs move through 3 important phases: technology development, system development, and production. These phases matter because moving forward without adequate knowledge for the next phase can derail a program. For example, weapon programs that enter development before their technologies are mature can later experience costly, time consuming design changes if those technologies don’t ultimately work exactly as initially planned.

However, we found that most of the 45 programs we surveyed moved through the acquisition lifecycle without collecting some key information in these stages.

This lack of knowledge can affect the entire acquisition lifecycle of a program. Our work has linked such knowledge deficits to the risk of unexpected costs.

DOD has room to reverse the negative cost trends through strong leadership and insistence that programs implement knowledge-based best practices. However, this need for effective leadership comes at a time when DOD is making widespread reforms to how it oversees acquisition programs.

At the direction of Congress, DOD has decentralized oversight of its programs in an effort to speed up its processes. Oversight is now primarily the responsibility of the Army, Navy, and Air Force, and it is therefore up to the military services to ensure that programs implement knowledge-based best practices. Housing finance is a complex, multi-trillion-dollar industry that played a major role in the 2007...