Today is World Environment Day—a day for learning more about key issues facing the environment, such as climate change, and for thinking about how people interact with the Earth.

In today’s WatchBlog, we discuss our recent report on the potential effects of climate change on global human migration and what some federal agencies are doing about these issues.

How could climate change affect migration?

The effects of climate change, in turn, may alter existing migration trends around the world, according to the International Organization for Migration. For example, following a natural disaster such as a hurricane or flood, people may be forced to migrate because their homes are damaged or destroyed. 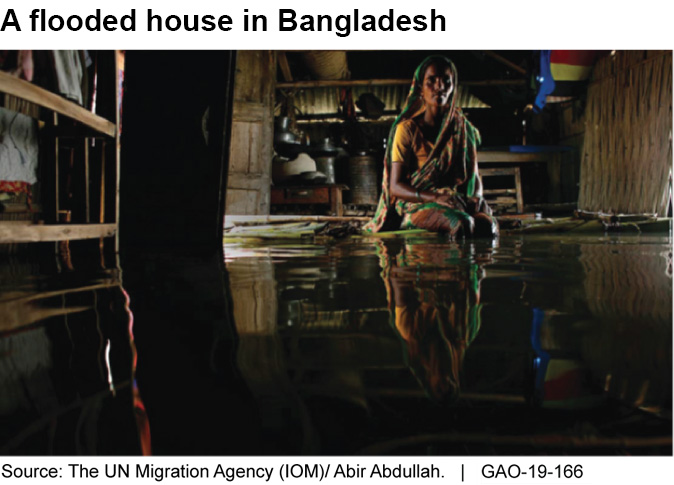 Deciding whether to move away from one’s community is complicated in any situation—people must weigh many factors, such as economic opportunities, political stability, personal motives, and demographic pressures. 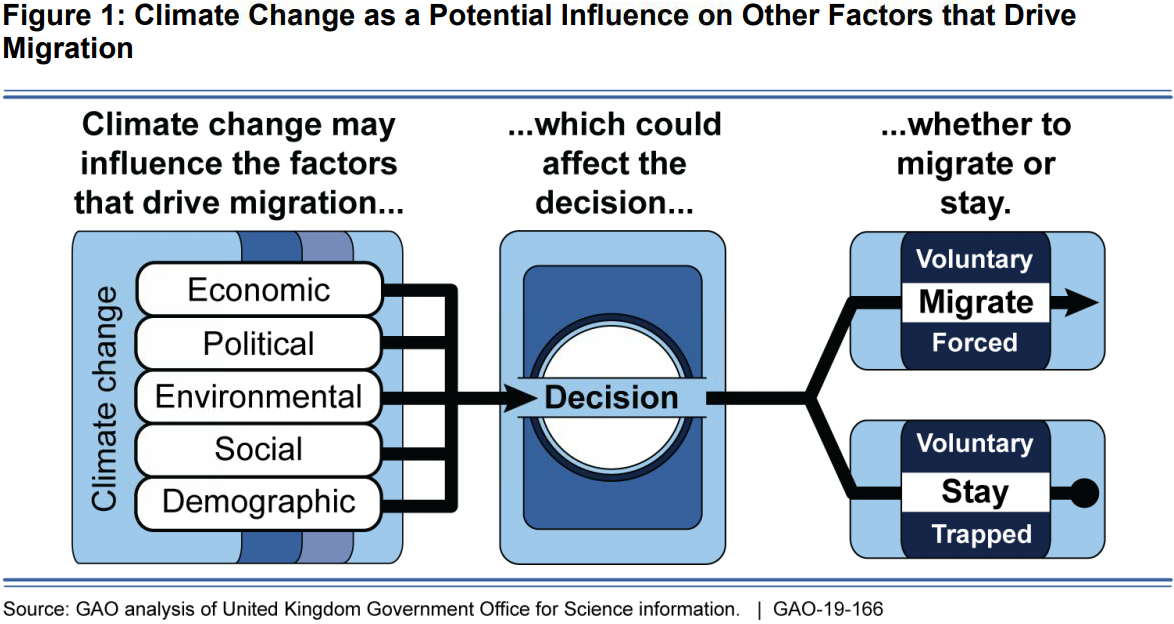 Are federal agencies addressing climate change as a driver of migration? 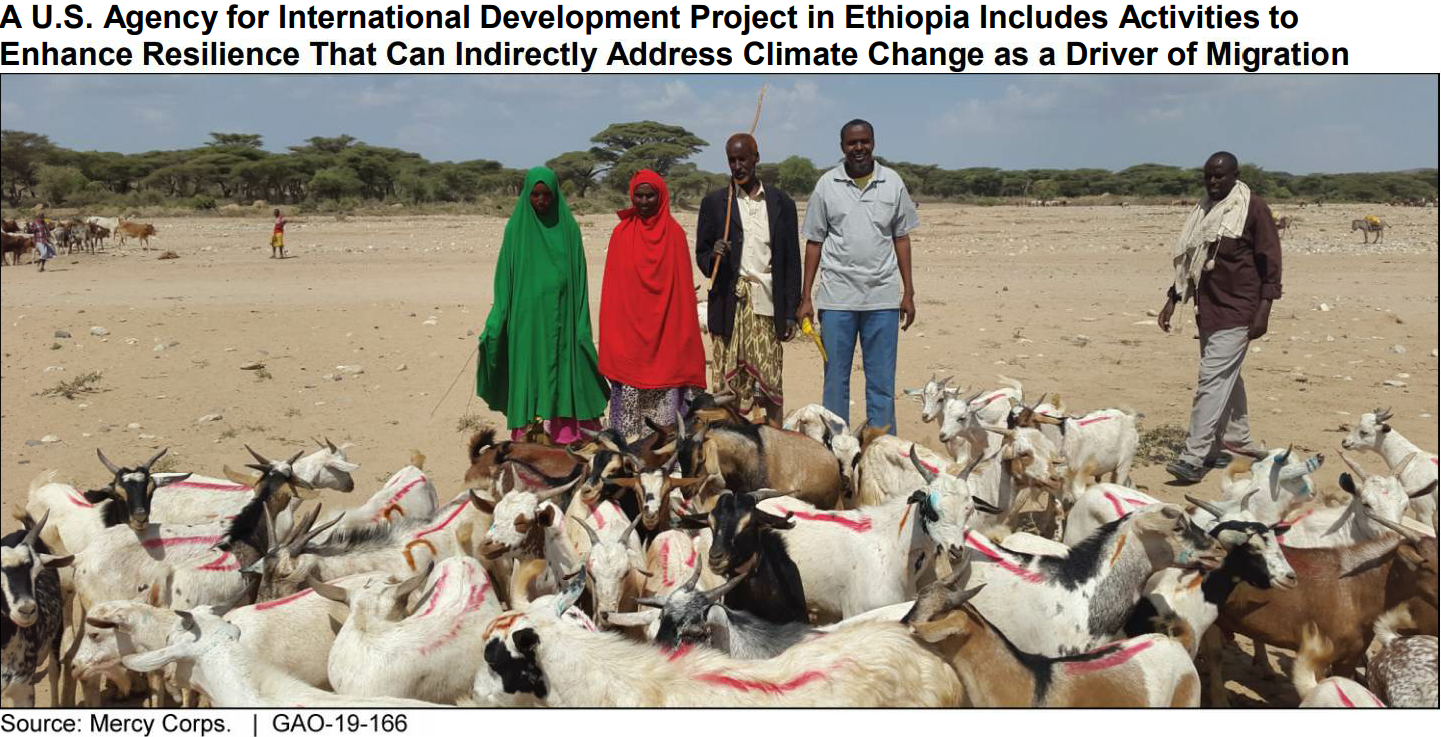 We also found that the 3 agencies have discussed the link between climate change and migration in agency plans and risk assessments, but the issue hasn’t been a focus of any of these efforts.

For example, State identified migration as a risk in one of its country-level climate change risk assessments in early 2017. However, State subsequently changed its approach and no longer provides clear guidance to its staff on how to assess climate change risks. We recommended that State provide its staff with this guidance.