It’s Earth Day; and this year’s theme is about broadening protection for at-risk species and their habitats. What is the nation doing on this front? Today’s WatchBlog examines some national and international efforts.

Endangered species in the Puget Sound

Our July 2018 report found that human use and development have degraded the quality of the Sound’s water and its surrounding habitat and harmed critical species, such as salmon and killer whales.

Many federal and state efforts were undertaken in FY 2012-16 to restore the Sound’s water quality and environmental conditions, including

However, it’s difficult to assess the amount of progress made, in part because the primary planning document for Puget Sound restoration lacks targets in certain areas to help gauge how well the restoration activities are working.

We recommended that EPA work with federal and nonfederal entities to improve their ability to assess the progress of Puget Sound restoration efforts and EPA has begun taking steps to do so.

In the nearby Columbia River Basin, activities such as hydropower projects and agricultural practices have impaired water quality in some areas. In addition to putting human health at risk, this also threatens the existence of some species, such as salmon.

We identified a variety of state, tribal, federal, and nongovernmental restoration efforts to improve water quality in the Basin from FY 2010-16. For example, one Idaho tribe developed projects on the Kootenai River to maintain and restore conditions for supporting native fish.

However there is no dedicated federal funding for restoring the Basin—instead, the restoration efforts are funded with a mix of federal and nonfederal dollars. And because EPA has not yet established an interagency working group to coordinate efforts among the various entities, they do not use a collaborative approach to the various restoration efforts.

We made 3 recommendations, including that EPA form a working group as required by the Clean Water Act.

The United States is one of the world’s largest markets for wildlife trafficking—i.e., the poaching and illegal trade of plants, fish, and wildlife. Recent illegal wildlife products seized at U.S. ports included crocodiles, pythons, elephant ivory, and sea turtles. 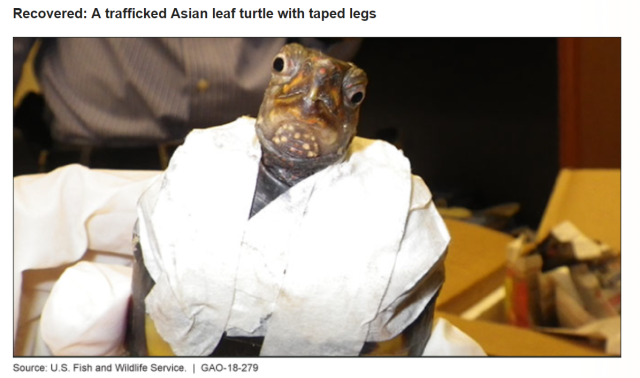 Fortunately, the federal government has several tools to combat illegal wildlife and wildlife product trafficking and importation. For example, U.S. Fish and Wildlife Service and the National Oceanic and Atmospheric Agency offer financial rewards for information that leads to fines or convictions.

We found that both agencies, however, could improve their communication with the public regarding available rewards and could better review how effectively they are using rewards.