As the country gears up to watch the 2017 Emmys this Sunday, we are astounded (again!) at the way art imitates life—the nominated TV shows are full of references to issues that GAO investigates.

From the streets of Atlanta to the wilds of outer space, check out what’s happening this Emmy season on today’s WatchBlog.

The Night Of left us on the edge of our seats as it explored a gruesome murder investigation and the social and political landscape of federal prisons and the criminal justice system.

We’ve also looked at the federal prison system. Facilities managed by the Bureau of Prisons currently house over 184,000 federal inmates and are 12% crowded beyond capacity. To learn more, read about measures the Bureau has taken to contain costs and ensure the safety of inmates and employees.

Genius and the civil service 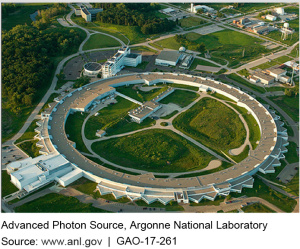 Think civil servants are all boring automatons? Think again! Genius explores the life of Albert Einstein, who worked as a civil servant himself (a patent clerk in Switzerland) in his early years. And we’re no Einstein, but we bet he would agree with us that effectively investing in scientific research is important.

We’ve reported that the Department of Energy invested $7.36 billion in R&D in 2015. Researchers at national laboratories, universities, and private companies used this funding to discover, among other things, how to better predict storms caused by hurricanes and how to use bacteria to produce biofuels.

But how does DOE oversee this spending? We found that, although DOE’s investments in civilian R&D projects have grown in recent years, it has had fewer staff to oversee these investments.

Beyond the Big Bang

Remember when Howard from The Big Bang Theory flew on a Russian Soyuz rocket to the International Space Station? Have you ever wondered why he didn’t fly U.S.? If so, check out our report on NASA’s Commercial Crew Program, which tracks NASA’s progress in working with Boeing and SpaceX to develop and produce space transport vehicles.

In fact, our annual NASA assessment will help you keep track of how NASA is managing many of its projects—like its plans to visit Jupiter’s moon Europa to see if it has conditions suitable for life, and to send another rover to continue its exploration of Mars.

Who is Mr. Robot?

This is the question at the heart of Mr. Robot, a show that explores the life of a gifted computer programmer who is recruited by a group of hacktivists (and their leader—an anarchist known only as Mr. Robot).

Our recent work on synthetic identity fraud also explores basic questions about the nature of identity, including:

We convened a panel of 14 experts to discuss these and other questions. We discovered that synthetic identity fraud happens when a criminal, for example, steals a Social Security number and creates a fictitious identity with which to commit fraud. This type of fraud, which can include money laundering, fraudulently applying for government benefits, or funding terrorism, has grown significantly in the last 5 years and caused hundreds of millions of dollars in losses.

Finally, as Earn and Alfred try to break into the rap scene in Atlanta, they may run across some of our field staff. Our Atlanta office (1 of our 11 field offices) houses about 150 people who work on issues related to defense, financial management, financial markets, health care, homeland security, information technology, natural resources and the environment, cross-cutting government programs, and more.

To find out more about GAO or our reports, check us out at www.gao.gov.