Skip to main content
Today is World Wildlife Day. To commemorate, the WatchBlog takes a look at the illegal trafficking of animals—like elephants and rhinos—that are on the brink of extinction. What’s it worth? The trade in illegal wildlife brings in anywhere from $7 to $23 billion a year.  For example, high demand for tusks and horns in places like China, Thailand, and Vietnam drive elephant and rhino poaching in Kenya, South Africa, and Tanzania. In fact, the United Nations puts the street value of poached African ivory at $165 million to $188 million a year, while the price of rhino horn reached $27,000 per pound at one point. 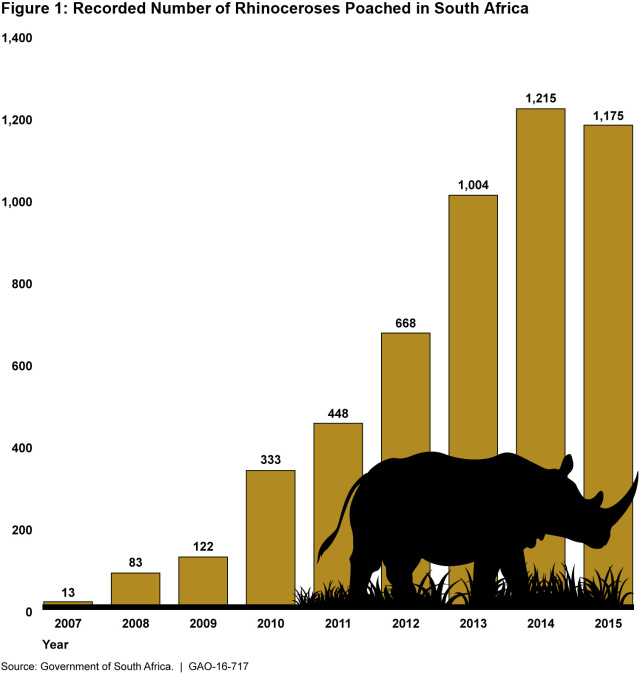 Though terrorists are often blamed for wildlife trafficking, they are not the main culprits. Transnational organized criminals are a driving force behind the trafficking of animals and their parts. U.S. officials indicated that there are organized criminal groups that have the scale and sophistication to conduct illicit trade internationally—these are the main actors responsible for moving large volumes of wildlife products across the world. 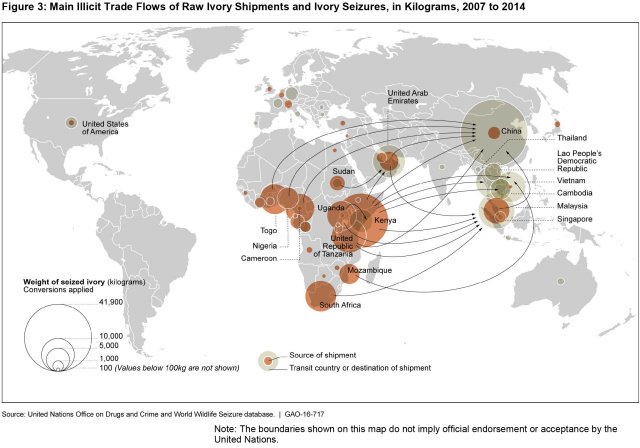 U.S. officials also told us that these criminal organizations not only have global links and the desire to earn money by any means, but also exploit weaknesses such as corrupt institutions, porous borders, and unstable regions to overlap and blur linkages to their illicit activities, including wildlife trafficking. What is the government doing to stop this illegal trade? The United States is taking a range of actions to combat wildlife trafficking.  In 2013, the President issued an executive order establishing a task force to guide U.S. efforts in this area.  This task force includes 16 agencies, departments, or offices that all play a role in fighting wildlife trafficking. For example: To find out more about this illegal trade and efforts to combat it, check out our report and watch this video for what we found is being done to protect large animals in Africa.
Read the post