Skip to main content
It’s Valentine’s Day and while some people may shop for flowers and chocolate, others may be seeking a longer-lasting gift like gold jewelry. But it’s not just Valentine’s Day that can lead to a gold rush. Mine operators can submit plans for the right to dig for gold and other minerals on federal lands throughout the year. Today’s WatchBlog looks at these mining plans and the agencies that review and approve them. Be mine Two federal agencies, the Bureau of Land Management and the Forest Service, manage hardrock mining on federal lands. These two agencies manage about 450 million acres of federal land—which is about 38 percent of the combined land area of 12 western states. If a mine operator (a person or company) wants to extract minerals from federal lands, they must stake a mining claim and submit a plan of operation to BLM or the Forest Service (depending on which agency  manages that land). The operators must also explain how they will reclaim the site once the desired minerals have been removed. Requirements for reclaiming the site vary, but generally involve re-sloping pit walls to minimize erosion, removing or stabilizing buildings to reduce safety risks, and removing mine roads, among other things. Once the plan of operation is submitted, BLM or the Forest Service: Between fiscal years 2010 and 2014, BLM and the Forest Service approved 68 hardrock mining plans, totaling 35,945 acres of the western United States. 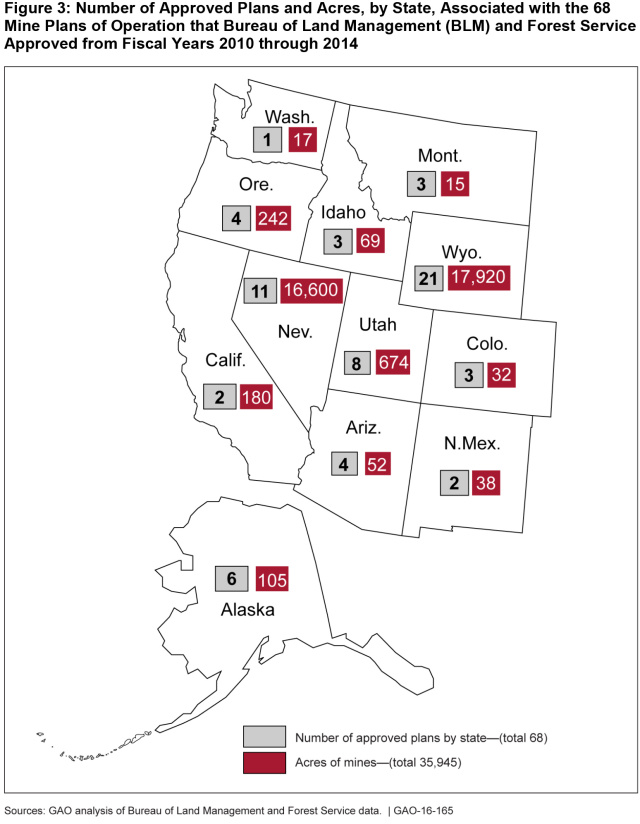 Still a “gold rush”? The Mining Law of 1872 opened up federal land to exploration and extraction of hardrock minerals such as gold, silver, and copper. According to the Department of the Interior, at least 2.5 million ounces of gold were extracted from federal lands in 2014—with an average price of $1,270 per ounce. We found that it took BLM and the Forest Service anywhere from 1 month to over 11 years to approve mine plans, with an average time of 2 years. 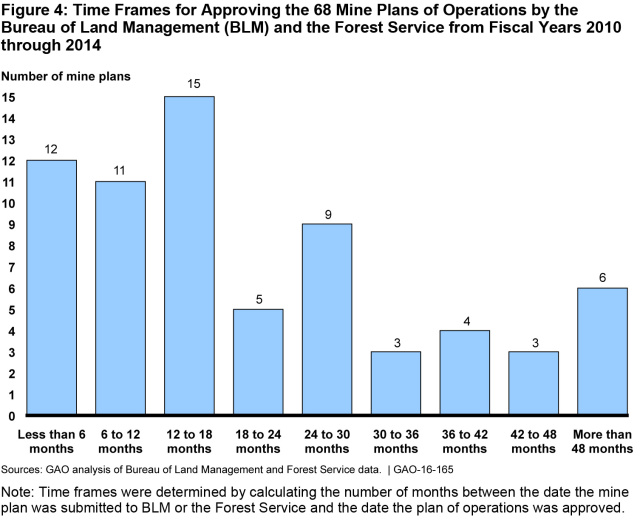 We also found that BLM and the Forest Service faced 13 key challenges that slowed down mine plan approval. These agencies have taken actions to address 2 of these challenges—the low quality of information that operators provided in their mine plans, and the agencies’ limited allocation of resources for hardrock mining programs. However, they could do more to alleviate these challenges. We made several recommendations, including suggesting that BLM and the Forest Service: Check out our report to learn more about hardrock mining on federal lands.
Read the post